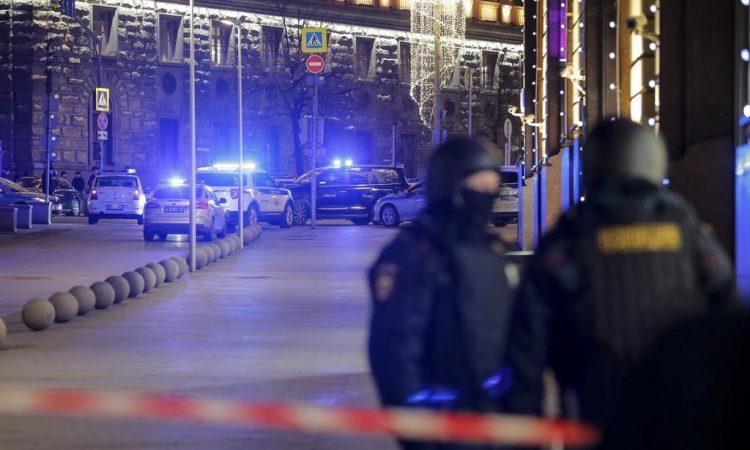 A suspect detained for planning an attack in Saint Petersburg during New Year’s festivities had pledged allegiance to the Islamic State group, Russia’s FSB security service said on Monday.

Two men, both Russian citizens, were arrested on Friday suspected of planning the attack.

A video released by the FSB showed the arrest of two Slavic-looking men and a raid on their apartment, which contained munitions, knives, electrical cables and black clothing.

The FSB said the two men had recognised their guilt. A video released by the FSB to Russian news agencies showed one of the suspects, his face masked, pledging allegiance to IS in Arabic.

Russian officials have provided no other details on the alleged attack plan.

Although Moscow and Washington are at odds on many issues both regularly stress their mutual determination to fight terrorism.