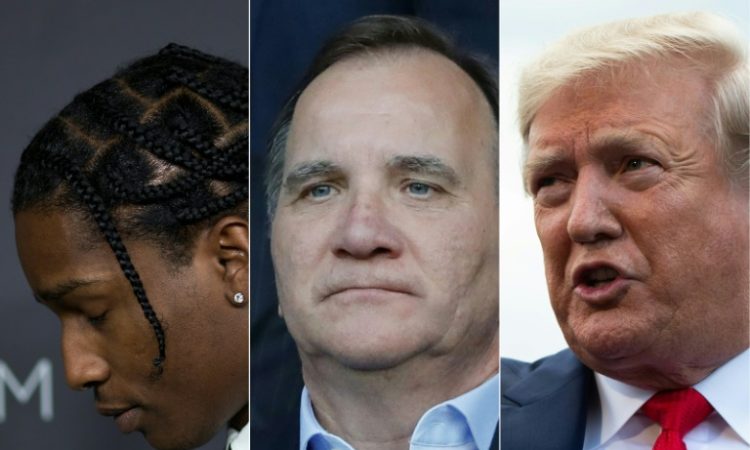 Swedish politicians Friday fired back at US President Donald Trump, after he rowed with Prime Minister Stefan Lofven over Sweden’s move to press assault charges against American rapper A$AP Rocky.

Several Swedish politicians protested Trump’s remarks, after the president took to Twitter on Thursday to express his frustration.

“Very disappointed in Prime Minister Stefan Lofven for being unable to act. Sweden has let our African American Community down in the United States,” Trump tweeted, adding: “Give A$AP Rocky his FREEDOM.”

He also tweeted “We do so much for Sweden but it doesn’t seem to work the other way around.”

But Swedish politicians were quick to offer rebuttals, with some highlighting that the charges against the rapper, stemming from a June street brawl in Stockholm, were laid by prosecutors and were not arbitrary.

“So, what is it you do for us MR President?,” MEP Fredrick Federley tweeted.

Former prime minister Carl Bildt echoed earlier responses by the Swedish government and pointed to the independence of the Swedish judiciary.

In a comment to newspaper Aftonbladet, Bildt also commended the government for choosing not to engage, saying it was wise to avoid “mud wrestling with Trump”.

Natali Sial, a spokeswoman for the Swedish government, said they did not have anything further to add after Trump’s latest statements.