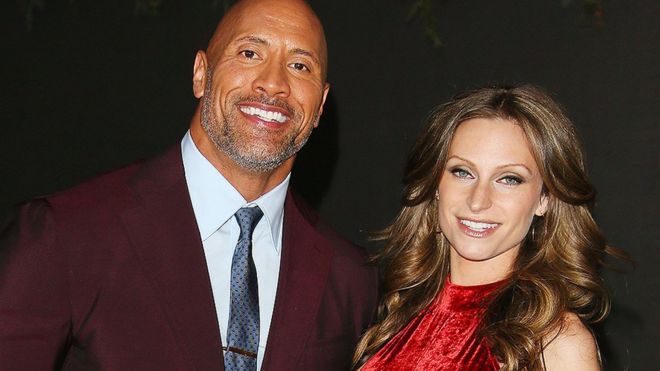 The Rock has married his long-term girlfriend Lauren Hashian – in a secret ceremony in Hawaii on Sunday.

The 47-year-old announced the news on Instagram to his 154 million followers.

The pair have been dating since 2006, when they reportedly met while he was filming his movie The Game Plan, and have two children together – Jasmine, born in 2015 and Tiana in 2018.

His photos were liked more than seven million times within three hours of posting.

Being one of the biggest film stars in the world, The Rock (real name Dwayne Johnson) was congratulated by Hollywood A-listers when he posted about the surprise wedding.

Ryan Reynolds, Karen Gillan, P Diddy, Jessica Chastain, Nicole Scherzinger, Scooter Braun, Nick Jonas and Naomi Campbell were among the stars who have commented on his photos – so far.

Know the eighties song, More Than A Feeling by Boston? Lauren’s dad was a drummer with that band.

Lauren is a musician too, and has a handful of songs online.

This is The Rock’s second marriage.

He wed first wife Dany Garcia on 3 May in 1997 and the couple have one child together, Simone, who’s 18.