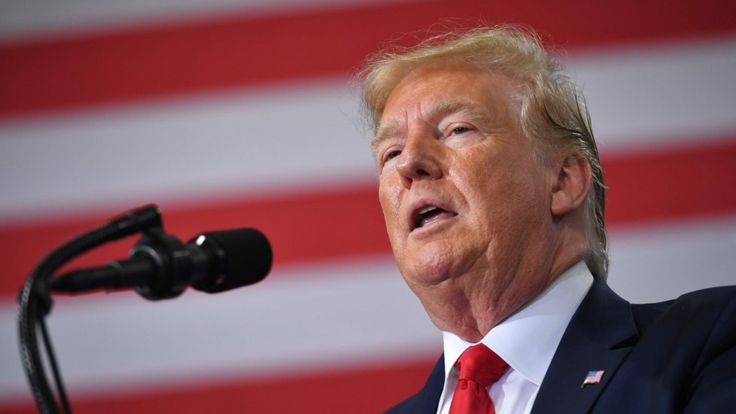 UK Prime Minister Theresa May has criticised US President Donald Trump for calling on several Democratic congresswomen of colour to “go home”.

The outgoing PM called Mr Trump’s words “completely unacceptable”, according to her spokesperson.

Mr Trump said the women “originally came from countries whose governments are a complete and total catastrophe”.

He was referring to four congresswomen – three who were born in the US and one who came as a child refugee.

His remarks were widely condemned as racist, and as having gone beyond previous statements and actions by the president that drew allegations of racism.

Despite the criticism, President Trump launched another Twitter tirade on Monday morning, calling on the women themselves to apologise.

The women – Alexandria Ocasio-Cortez, Rashida Tlaib and Ayanna Pressley, and Ilhan Omar, who came to the US as a refugee aged 12 – all called the president racist and were being backed by members of the Democratic Party.

In a three-tweet thread on Sunday, Mr Trump accused the congresswomen of “viciously” criticising him and the US.

The president did not explicitly name the women he was talking about, but the context – and references to House Speaker Nancy Pelosi – made a clear link. He said Ms Pelosi would happily organise for them to leave the country.

A week ago, Ms Pelosi clashed with the four women – sometimes nicknamed “the squad” – but she has since come to their defence following his tweets.