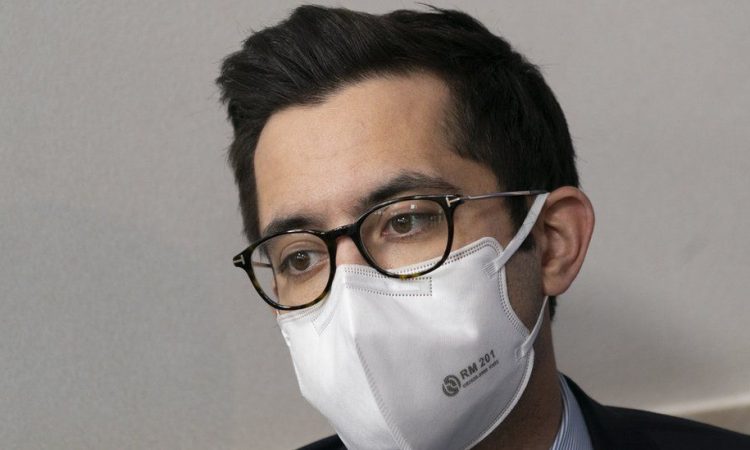 A White House spokesman has been suspended for a week without pay after allegedly threatening to “destroy” a female reporter who was asking questions about his private life.

TJ Ducklo reportedly threatened Politico reporter Tara Palmeri, who was investigating his relationship with another journalist.

He has not commented independently.

Some observers have criticised President Joe Biden for failing to take stronger action. He has previously said he would fire “on the spot” any staff speaking disrespectfully to colleagues.

The Politico reporter had been investigating Mr Ducklo’s relationship with Alexi McCammond, a journalist with Axios who had covered Mr Biden’s election campaign.

He allegedly rang her and said: “I will destroy you”. He also made other derogatory and misogynistic comments, Vanity Fair reports.

President Biden’s spokeswoman tweeted on Friday that TJ Ducklo was “the first to acknowledge this is not the standard of behavior set out by the President”.

She said that as well as being suspended without pay for a week, Mr Ducklo would no longer work with Politico reporters when he returned to the White House.

President Biden told his staff on his first day in office that he would not tolerate bullying behaviour.

“I’m not joking when I say this: If you ever work with me and I hear you treat another colleague with disrespect, talk down to someone, I will fire you on the spot. No ifs, ands or buts,” he said.

Some commentators, such as CNN anchor Jake Tapper, are now asking whether the same punishment should not apply to the way his staff treat journalists doing their job.