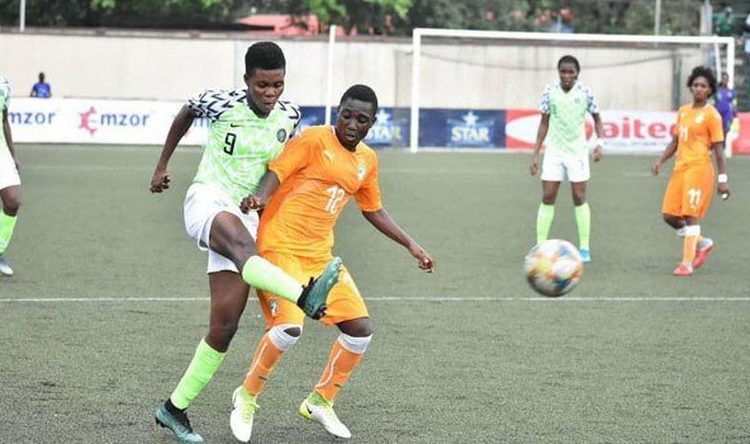 The African champions were knocked out on the away goals rule after drawing 1-1 with Ivory Coast in Lagos on Monday.

“It’s very disappointing and a real heartbreak for us,” said Oshoala.

“Obviously, it’s what I was looking forward to. I’ve never played at the Olympics and it’s important for us to participate in it as a team.”

“I actually thought this would be it – sadly it wasn’t meant to be,” she told BBC Sport.

The Ivorians led through Nina Kapho after just 12 minutes when she rifled home a free-kick in the second leg of the third round tie of the African qualifying.

But FC Barcelona forward Oshoala produced a moment of brilliance after the half-hour mark to level things for the nine-time African champions.

Despite Francisca Ordega and Rasheedat Ajibade going close for the Super Falcons and considerable late pressure, Les Elephantes held on to ensure Nigeria will miss the Games for a third consecutive time.

The nine-time continental champions were keen to return to the quadrennial event after missing out on the 2012 and 2016 Olympic tournaments.

Despite parading an array of overseas-based stars, they went out of the 2000 and 2008 Olympics football events at the group stage, but reached the quarter-finals of the Athens Games in 2004.

The BBC’s first Women’s Footballer of the Year winner insists Nigeria must use the latest disappointment of missing out on the global event as another lesson.

“Four years is a very long time for us and I believe we’ve all learned a great lesson from this exit,” the Barcelona star added.

“Hopefully we can pick ourselves up on and off the field. We can only apologise to our fans and try to build on from here.”

Under Dennerby, the Super Falcons reached the Last 16 of this year’s World Cup after they won the Women’s Africa Cup of Nations last year.

The 60-year-old threatened to leave due to ongoing problems with the Nigeria Football Federation (NFF) and excused himself from the two-legged tie against the Ivory Coast.