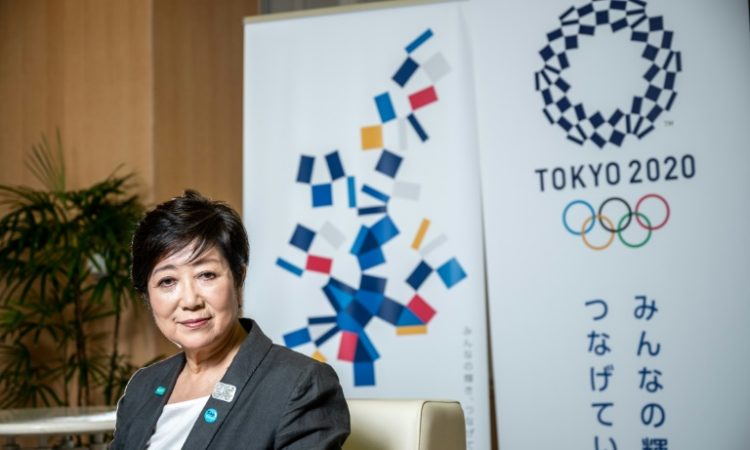 Next year’s Olympics will be safe despite the coronavirus pandemic, Tokyo Governor Yuriko Koike has said, pledging a “120-percent effort” to ensure the first-ever postponed Games can go ahead.

Koike — who announced Friday she would stand for re-election next month — said the city was committed to holding the event as a “symbol of human triumph” over the virus, but admitted it would be downsized.

“I will make a 120-percent effort,” Koike, 67, said in an interview with AFP, but declined to say how confident she was that the sporting extravaganza would open as planned.

Tokyo 2020 became the first Olympics ever postponed in peacetime earlier this year as the coronavirus marched across the globe, upending lives and forcing the cancellation of sporting and cultural events.

They are now scheduled to begin on July 23, 2021 — though they will still be known as the 2020 Games — but medical experts have raised concerns that the delay will not be long enough to contain the virus and hold the event safely.

Officials in Japan and from the International Olympic Committee have warned it will not be possible to postpone again.

Koike said she was continuing to “make all-out efforts in the battle against the virus to put on a Games that is full of hope”.

And she pledged an event “that is safe and secure for athletes and fans from abroad as well as for residents of Tokyo and Japan”.

Japan has got through the first coronavirus wave better than many countries, with just over 900 deaths out of fewer than 18,000 confirmed infections.

But it has faced persistent criticism for conducting relatively few tests that could understate the true number of cases.

Officials point to the comparatively low death rate as evidence that a recently lifted state of emergency — imposed in response to rising cases in April — and a public awareness campaign on social distancing have worked.

“Tokyo residents know that the summer Games next year in 2021 is not possible unless the impact of coronavirus calms down,” Koike said.

“That was among the things that pushed them to make these efforts.”

Japanese and Olympic officials have repeatedly said it is too early to tell how the pandemic will have evolved by the run-up to the rescheduled Games.

For now, Koike said “simplification and cost reduction” are the main planks of discussions, along with potential safety measures.

“What kind of (virus) tests and how? How much social distancing is necessary? These will depend on future discussions,” she said.

The final price tag of postponing the Games remains unclear and the delay has also rattled sponsors.

A survey this week showed two-thirds of Tokyo 2020’s corporate sponsors are on the fence about continuing their backing.

But Koike insisted the event would still be an “excellent opportunity” for sponsors and said she would be asking for their “continued support”.

The governor, who broke with the ruling Liberal Democratic Party (LDP) of Prime Minister Shinzo Abe to run for the job in 2016, will stand for a second four-year term next month.

She has been mentioned in the past as a possible future prime minister, and in 2017 stunned the political establishment by forming a short-lived new party that was seen as a potential challenger to the LDP.

But Koike, who has described Japan as having not a glass ceiling for women but rather an “iron plate”, was tightlipped on whether she might one day seek to become the country’s first female prime minister.

For now, she said she is busy “preparing for the second wave of infections with the knowledge gained and experience earned”.