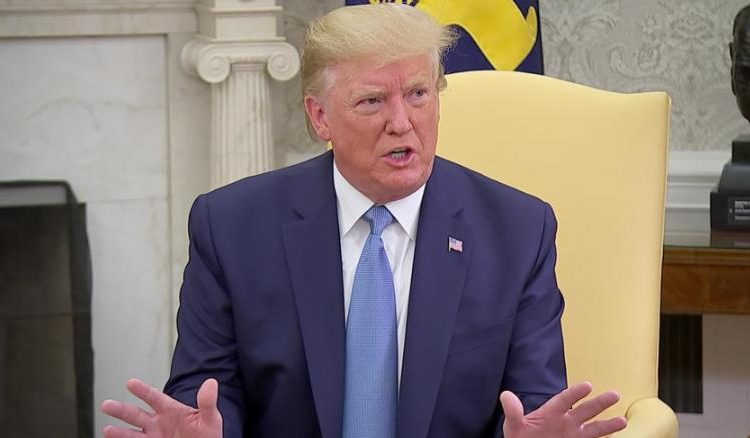 President Donald Trump has confirmed he is considering a new, temporary payroll tax cut to help boost the US economy.

White House officials had earlier dismissed reports that the administration was discussing the move.

But speaking to reporters, the president said a “payroll tax is something that we think about, and a lot of people would like to see that”.

US workers pay payroll taxes on their earnings to finance health insurance, social security, and pensions.

Mr Trump has been talking up the US economy in recent days amid growing unease about a potential recession. “We’re very far from a recession,” he told the reporters.

A strong economy is seen as key to his re-election prospects in 2020, but continuing trade tensions with China have sparked concerns about an imminent slowdown.

Tax cuts when the president took office helped boost the economy and sparked a surge in share prices on Wall Street. But many economists think the impact of those cuts is starting to wane.

He also suggested his administration was looking at possible cuts in capital gains tax, but emphasised that nothing has been decided. Such a move would be likely to face challenges from Democrats in Congress.

The president again pressed the Federal Reserve to cut interest rates. “We’re looking for a rate cut, we could be really greatly helped if the Fed would do its job and do a substantial rate cut.” He has previously called for a one percentage point cut.

Mr Trump also spoke about continuing trade tensions with China, hinting that a deal with Beijing could still be some way off.

“China’s [economy] had the worst year they’ve had in 27 years. They want to make a deal with us, but I can tell you I’m not ready to make a deal unless they are going to make the right kind of deal.”