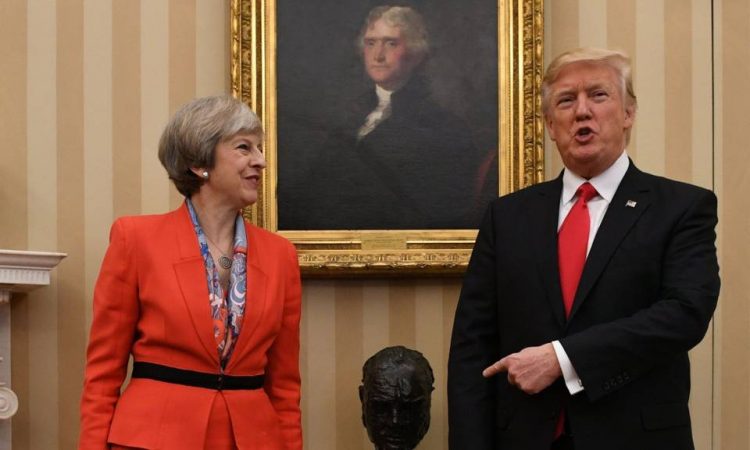 London has been scrambling to stem the damage caused by the weekend release of confidential telegrams in which its envoy to Washington, Kim Darroch, described the US leader as “inept” and his White House as “uniquely dysfunctional.”

Visibly angered by May’s continuing support for her ambassador — which Downing Street reiterated on Monday — Trump assailed the prime minister over her handling of fraught Brexit negotiations, and welcomed her impending departure from office.

“What a mess she and her representatives have created,” Trump fumed in a series of tweets. “I told her how it should be done, but she decided to go another way.”

“The good news for the wonderful United Kingdom is that they will soon have a new Prime Minister,” he wrote.

As for London’s man in Washington, Trump declared he would have no further contact with him.

“I do not know the Ambassador, but he is not liked or well thought of within the U.S,” the president said, doubling down on weekend comments claiming his administration were “not big fans” of Darroch.

“We will no longer deal with him,” Trump vowed.

But even after Trump’s remarks, a government spokesman said that “Sir Kim Darroch continues to have the prime minister’s full support.”

The cables’ publication in the Mail on Sunday newspaper came just a month after Trump enjoyed a state visit to Britain that included a 41-gun salute welcome at Buckingham Palace and a banquet dinner with the queen.

The incident threatens to complicate London’s efforts to strike a new trade agreement with key ally the United States, in hope of mitigating potential damage from Britain’s withdrawal from the European Union.