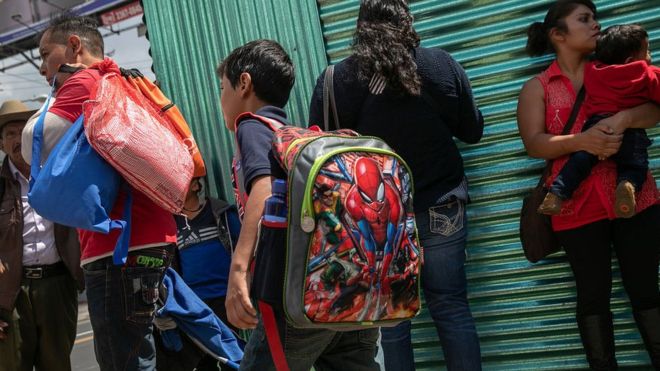 Honduras has signed a deal with the United States to accept migrants applying for asylum in the US.

Under the agreement, the US would be able to deport to Honduras asylum seekers who passed through the country on the way to the US southern border.

Critics say Honduras, which has one of the highest murder rates in the world, is not a safe destination for those fleeing violence and poverty.

The US has been trying to sign “safe third country” agreements that would allow it to send back asylum seekers who pass through countries on the way to the US without seeking protection there.

US President Donald Trump has made reducing the numbers of migrants crossing the US-Mexico border a key priority.

The bulk of those arriving at the border are from the three countries of Central America’s so-called Northern Triangle – Honduras, Guatemala and El Salvador. Many have made long and perilous journeys in their attempt to start a new life in the US.

On Wednesday, a senior US Department of Homeland Security official told US media that the deal with Honduras would “allow migrants to seek protection as close to home as possible”.

Migration experts quoted by Honduran newspaper El Heraldo said that Cubans, Venezuelans, Haitians, Nicaraguans and some Africans pass through Honduras heading to the US.
BBC