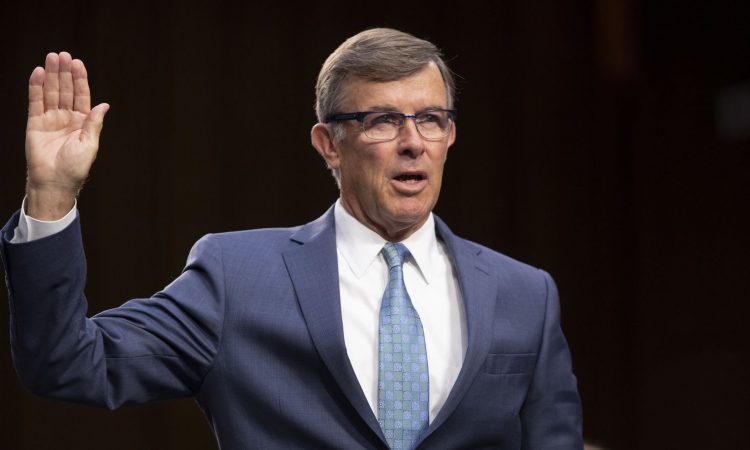 US lawmakers are preparing to question President Trump’s top intelligence official over a whistleblower complaint that sparked an impeachment inquiry.

It refers to a controversial phone call between Mr Trump and the Ukrainian president, US media report.

Mr Biden – the leading Democratic presidential hopeful – says a rough transcript of the conversation released on Wednesday shows the president betrayed his oath of office.

Democrats opened an impeachment inquiry against the Republican president on Tuesday, accusing Mr Trump of seeking foreign help in the hope of smearing Mr Biden and of using military aid to Ukraine as a potential bargaining tool.

President Trump has dismissed the impeachment proceedings as a “hoax” and a “witch-hunt”.

The whistleblower’s formal complaint has now been released.

A House of Representatives vote to impeach the president could trigger a trial in the Senate on whether to remove Mr Trump from office. But Republicans control the upper house so it is considered unlikely that a two-thirds majority to dismiss the president could be reached.

Congress’s investigation focuses partly on whether Mr Trump abused his presidential powers and sought to help his own re-election by seeking the aid of a foreign government to undermine Mr Biden.