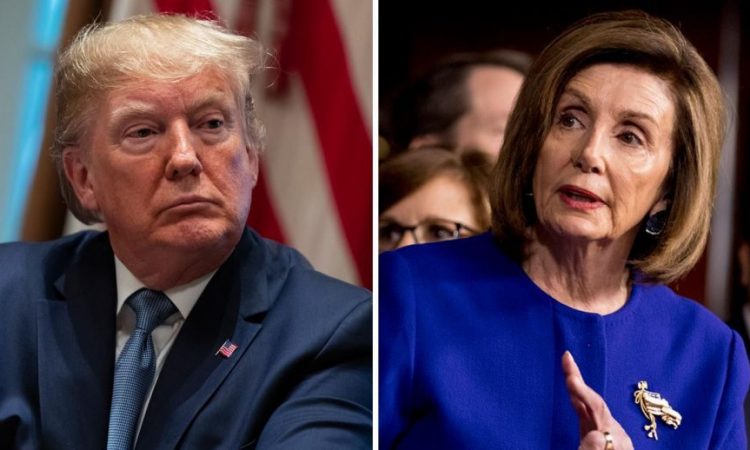 President Donald Trump has lashed out over his impending impeachment in an irate letter to top Democrat Nancy Pelosi, accusing her of declaring “open war on American democracy”.

“You have cheapened the importance of the very ugly word, impeachment!” he wrote in the letter, sent on Tuesday.

He is expected to be impeached, setting up a trial in the Senate.

With little hope of changing the outcome of Wednesday’s vote in the House, Mr Trump used his six-page letter to angrily rail against the process and denounce Ms Pelosi, the Democratic Speaker of the House.

It was a remarkable intervention by the president, who has fought to stymie the impeachment process by preventing key aides from testifying before the House of Representatives.

Mr Trump claimed in his letter he had been “deprived of basic Constitutional Due Process from the beginning of this impeachment scam” and “denied the most fundamental rights afforded by the Constitution, including the right to present evidence”.

“More due process was afforded to those accused in the Salem Witch Trials,” he wrote.

Ms Pelosi told reporters at the Capitol that she hadn’t read the letter in full but had seen “the essence” of it and thought it was “really sick”.

In a statement announcing Wednesday’s vote on impeachment, she said the House would “exercise one of the most solemn powers granted to us by the constitution”.

“During this very prayerful moment in our nation’s history, we must honour our oath to support and defend our constitution from all enemies, foreign and domestic,” she added.

On Tuesday evening, protests in support of impeachment were held in cities across the US, including New York, Boston and Los Angeles.