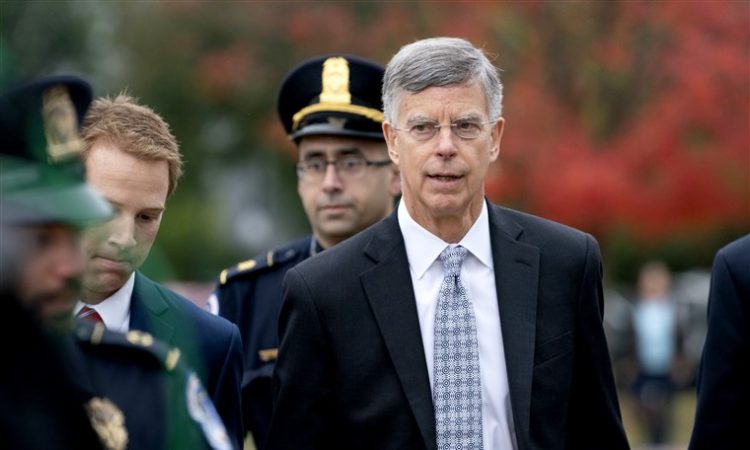 A top US diplomat has told Congress that aid to Ukraine and a meeting with President Donald Trump were linked to public investigations of a rival.

Mr Trump has denied any wrongdoing or quid pro quo in his Ukraine policy.

Mr Taylor, a career diplomat who has been the US envoy to Ukraine since June, is the latest witness to testify before lawmakers in the Democratic-led inquiry into suspected abuse of power by the President Trump.

A transcript of a call Mr Trump made to Ukraine’s new President Volodymyr Zelensky on 25 July shows he urged him to investigate discredited corruption allegations against Mr Biden and his son, Hunter.

While Mr Biden had a key role in US policy towards Ukraine as vice-president, Hunter Biden joined the board of Ukrainian gas company Burisma.

The company had been investigated by former Ukrainian prosecutor general Viktor Shokin.

Mr Taylor told lawmakers that the president had made it clear that he wanted a publicly announced inquiry into the Bidens and alleged Ukrainian interference in the 2016 US election.

“Our relationship with Ukraine was being fundamentally undermined by an irregular, informal channel of US, policy-making and by the withholding of vital security assistance for domestic political reasons,” Mr Taylor said in opening remarks carried by US media.