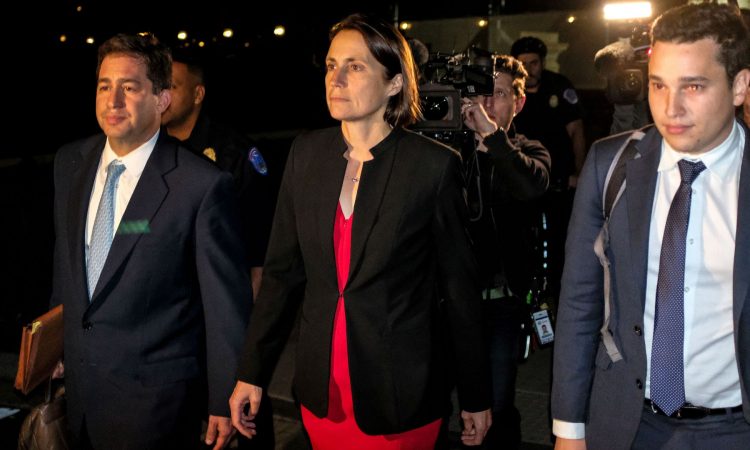 Former US national security adviser John Bolton was so alarmed about White House efforts to pressure Ukraine, he told an aide to alert a lawyer, US media report.

Fiona Hill, a former official, told US lawmakers about the remarks on Monday.

She testified behind closed doors as part of the impeachment inquiry.

The probe, led by US Democrats, is looking into whether Mr Trump improperly pressured Ukraine to investigate Joe Biden, his political rival.

The inquiry stems from a whistleblower complaint about a July phone call between the Republican president and his Ukrainian counterpart Volodymyr Zelensky.

Ms Hill, who served as the senior director for European and Russian affairs on the National Security Council, is the first former White House official to testify in the impeachment inquiry. She left the Trump administration shortly before the 25 July call with Mr Zelensky.

But Mr Trump denies any wrongdoing, or that he withheld military aid in order to pressure Ukraine.

Fiona Hill’s testimony, as reported by the New York Times, Politico and NBC News, revealed what Mr Bolton thought of an effort by some White House officials to pressure Ukraine.

Ms Hill said Mr Bolton told her to discuss the matter with the top lawyer at the National Security Council after he had a testy exchange on 10 July with Gordon Sondland, the US ambassador to the EU.

Mr Sondland was involved in the Ukraine pressure campaign, along with Mr Giuliani. Mick Mulvaney, the acting White House chief of staff, was also seen as a key player, according to Ms Hill’s testimony.