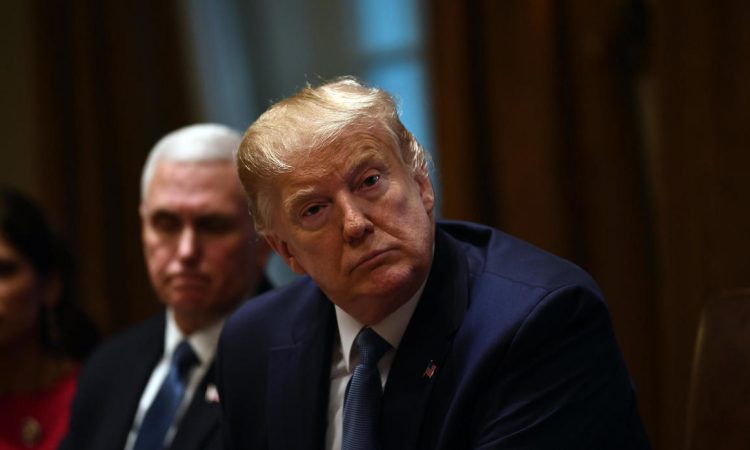 US President Donald Trump pressed his Republican allies Thursday to exert rigid control of his Senate trial and ensure a swift exoneration, a day after he was impeached in a historic rebuke by the House of Representatives.

A bitter fight looms over the coming hearings, expected to begin as early as the second week of January, with Senate leaders already drawing battle lines over the evidence that will be allowed.

Trump is charged with abuse of office and obstruction of Congress but Democrats, who led the three-month House investigation, are threatening to delay sending the articles of impeachment to the Senate until they are reassured the process will be fair.

“I got Impeached last might without one Republican vote being cast with the Do Nothing Dems on their continuation of the greatest Witch Hunt in American history,” Trump tweeted.

“Now the Do Nothing Party want to Do Nothing with the Articles & not deliver them to the Senate, but it’s Senate’s call!”

Trump, the third president in US history to be impeached, suggested that the Democrats would “lose by default” if they decided not to show up at a date determined by the Senate.

The House voted 230 to 197 along stark party lines late Wednesday to charge Trump with abuse of power for pressuring Ukraine’s president to investigate his potential White House challenger in 2020, the veteran Democrat Joe Biden.

Lawmakers also approved a second article of impeachment, obstruction of the congressional probe into his Ukraine dealings, by 229 votes to 198.

In a speech on the Senate floor Thursday, McConnell ridiculed the witness demand and the evidence behind the impeachment articles voted by Democrats.

He accused Democrats of a “partisan crusade” and said they conducted the “most rushed, the least thorough and most unfair impeachment inquiry in modern history.”

McConnell, who has substantial power in planning the Senate trial, urged fellow jurors to exonerate Trump.

“The Senate must put this right. There is only one outcome that is suited to the paucity of evidence, the failed inquiry, the slapdash case,” he said.

But Schumer blasted him for prejudging the case and rejecting the call for witnesses.

“Why is Leader McConnell so afraid of witnesses and documents?” he asked.