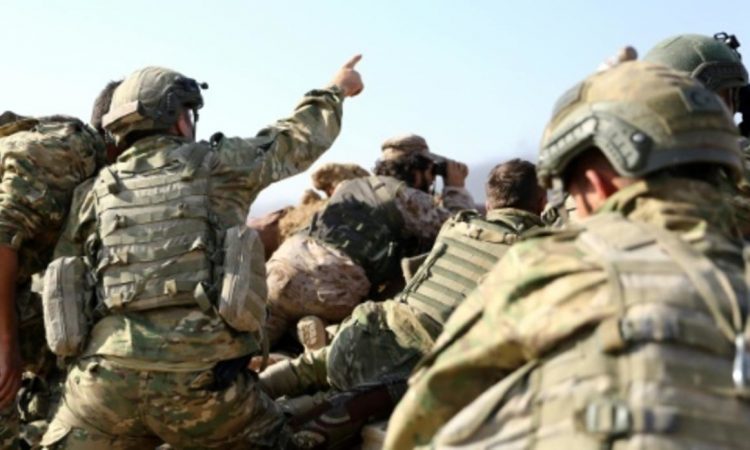 Ankara stepped up its assault on Kurdish-held border towns in northeastern Syria on Saturday, defying mounting threats of international sanctions, even from Washington.

Buoyed by a night of steady advances in the countryside, Turkish troops and their Syrian allies entered the battleground town of Ras al-Ain, sources on both sides said.

The Turkish defence ministry hailed its forces’ capture of the first Kurdish-held town of the offensive so far.

But Ras al-Ain’s Kurdish defenders denied the town had fallen and an AFP correspondent near the town said Turkish troops and their Syrian allies had entered but had yet to capture it.

The Kurdish-led Syrian Democratic Forces, who were the main ground partner in the US-led campaign against the Islamic State group, have taken mounting losses against the vastly superior firepower of the Turkish army.

At least 20 SDF fighters were killed in clashes overnight, taking their losses since the Turkish offensive began on Wednesday to 74, the Syrian Observatory for Human Rights, a Britain-based war monitor, said.

Turkish air strikes on Kurdish-held towns and intense artillery exchanges caused mounting casualties on both sides of the border, with 28 dead on the Syrian side, according to the Observatory, and 17 dead in Turkey, according to Turkish reports.

The Turkish army has lost four dead, according to the defence ministry and the state-run Anadolu news agency.

The town of Ras al-Ain and that of Tal-Abyad further west have been been primary goals of the Turkish offensive and have both come under heavy bombardment.

They lie at either end of a section to the border which although Kurdish-controlled has an ethnic Arab majority.

Ankara says its forces’ mission is to establish a safe zone run by its mainly Arab Syrian allies in which some of the 3.6 mllion mainly Arab refugees in Syria can be rehoused.

But the Kurds say that the Turkish invasion, which has led to an exodus of civilian residents, Arab as well as Kurdish, amounts to an attempt to redraw the ethnic map fo the region at their expense.

The offensive has so far displaced some 100,000 people, according to the United Nations.

Roads leading out of the area have been dilled with fleeing civlians, some on foot, other in vehicles piled high with their belongings.

Few have any idea when if ever they will be able to return to their homes.

The Kurdish Red Crescent said it would no longer dispatch medical teams to Ras al-Ain because its ambulances are being hit by Turkish fire.

It said one of its medical points south of Ras al-Ain was hit by Turkey on Saturday, injuring an ambulance driver and damaging the vehicle.