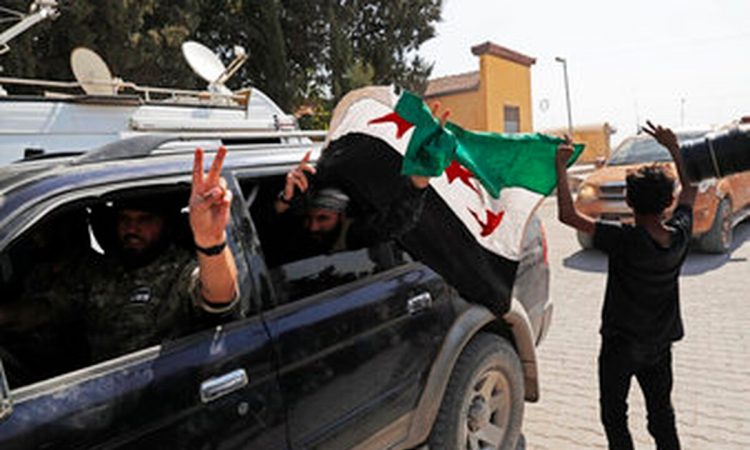 Casualties are increasing as Turkey presses on with its cross-border offensive on Kurdish-held areas of northern Syria.

At least 11 civilians have died and dozens of fighters from the Kurdish-led SDF and pro-Turkish factions have been killed, reports say.

The first death of a Turkish soldier was confirmed by Turkey’s military.

Tens of thousands of people have fled their homes, amid growing international criticism of the offensive.

Turkey moved into northern Syria on Wednesday after the the US President, Donald Trump, pulled American troops out of the area.

Analysts say the US withdrawal effectively gave Turkey the green light to begin its cross-border assault.

Republicans in the US House of Representatives on Tuesday announced plans to introduce a sanctions bill against Turkey.

Turkey defended its offensive as a bid to create a “safe zone” free of Kurdish militias which could also house Syrian refugees.

Turkey regards the Kurdish militias of the Syrian Democratic Forces (SDF) – which have controlled the cross-border areas – as “terrorists” who support an anti-Turkish insurgency.

The SDF have been key allies of the US in the battle against the Islamic State (IS) group.

One major concern for the international community is the fate of thousands of suspected IS prisoners, including many foreign nationals, being guarded by Kurdish-led forces in the region.