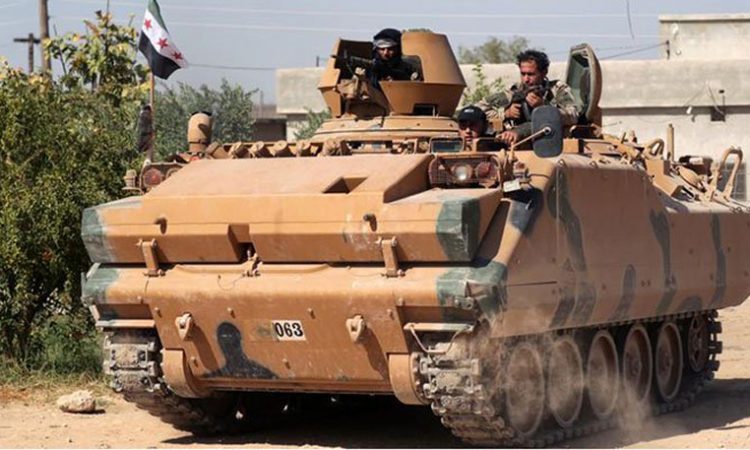 Kurds under attack from Turkey in northern Syria say they will no longer prioritise guarding Islamic State detainees if the offensive continues.

Areas in north-eastern Syria under SDF control have come under heavy bombardment from Turkey since it launched its offensive on Wednesday.

More than 50 civilians have reportedly died on both sides of the border.

Turkey accuses the Kurds of being terrorists and says it wants to drive them away from a “safe zone” reaching some 30km into Syria.

It also plans to resettle more than three million Syrian refugees in the zone who are currently in Turkey.

In another development, a female Kurdish politician and women’s rights activist was among nine civilians killed on a road in northern Syria on Saturday, the Syrian Observatory for Human Rights (SOHR) monitoring group said. Hervin Khalaf, secretary general of the Future Syria Party, was ambushed and shot dead along with a driver and an aide after returning from a meeting in Hasaka, her party said.

The SDF said that Turkish-backed fighters had taken Khalaf out of her car and executed her. SOHR said the nine had been killed at different times in “field executions” along the road.

A spokesman for the Turkish-backed rebel group the Syrian National Army denied carrying out the killings, saying it had not advanced that far, Reuters reported.

According to the UN, more than 100,000 people have already been displaced from areas under Kurdish control. The Kurdish administration in north-eastern Syria puts the figure much higher, at more than 191,000.

President Donald Trump’s decision to withdraw US troops from the area effectively triggered the Turkish incursion against the SDF – the main Western allies in the fight against IS.