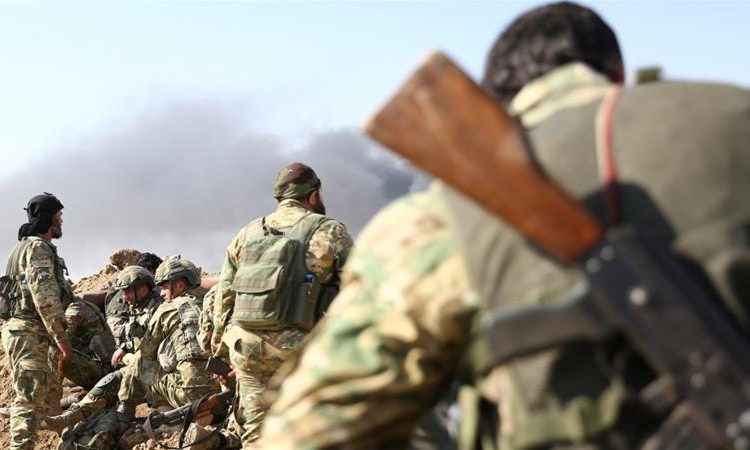 The Kurds in Syria say the Syrian government has agreed to send its army to the northern border to try to halt Turkey’s offensive against them.

Syrian state media earlier reported that government forces had been deployed to the north.

It follows the US decision to pull all its remaining troops from the area over the “untenable” situation there.

The Turkish assault, launched last week, is aimed at forcing Kurdish forces from along the border area.

Areas under control of the Kurdish-led Syrian Democratic Forces (SDF), the main US ally in the area, have come under heavy bombardment over the weekend, with Turkey making gains in two key border towns.

Dozens of civilians and fighters have been killed on both sides.

In a separate development on Sunday, Kurdish officials said nearly 800 relatives of foreign Islamic State (IS) members had escaped from Ain Issa, a camp in the north, as clashes raged nearby.

The Turkish offensive and US withdrawal has drawn an international outcry, as the SDF were the main Western allies in the battle against IS in Syria.

But Turkey views elements of the Kurdish groups within the force as terrorists and says it wants to drive them away from a “safe zone” reaching 30km into Syria.

It also plans to resettle more than three million Syrian refugees currently in Turkey within the zone. Many of them are not Kurds. Critics have warned this could lead to ethnic cleansing of the local Kurdish population.