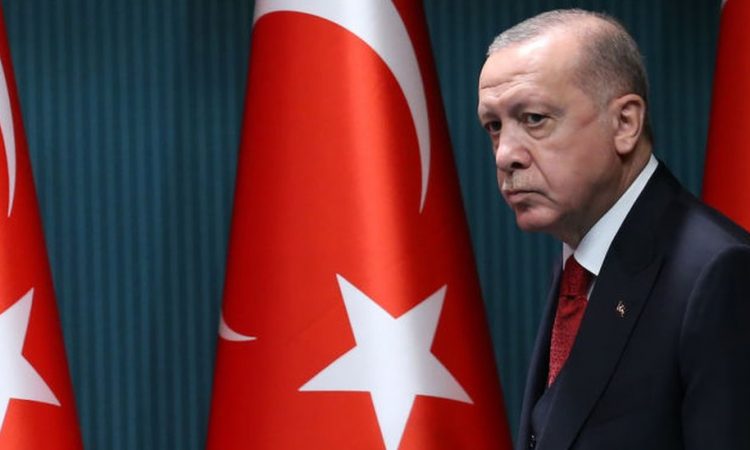 Turkish President Recep Tayyip Erdogan has called on Turks to boycott French goods amid a row over France’s tougher stance on radical Islam.

In a televised speech, he urged world leaders to protect Muslims “if there is oppression against Muslims in France”.

It comes after a French teacher was murdered for showing cartoons of the Prophet Muhammad in class.

France “will not give up our cartoons”, President Macron said earlier this week.

Depictions of the Prophet Muhammad are widely regarded as taboo in Islam, and are offensive to many Muslims.

But state secularism – or laïcité – is central to France’s national identity. Curbing freedom of expression to protect the feelings of one particular community undermines unity, the state says.

Mr Erdogan called for the boycott in a televised speech on Monday.

“Never give credit to French-labelled goods, don’t buy them,” he said in the capital Ankara.

He said Muslims are now “subjected to a lynch campaign similar to that against Jews in Europe before World War II”, adding that “European leaders should tell the French president to stop his hate campaign”.

It came after Mr Macron pledged to defend secularism and tackle radical Islam in the wake of the killing of Samuel Paty. The teacher was beheaded on 16 October by 18-year-old Abdullakh Anzorov.

Two weeks before the attack, Mr Macron described Islam as a religion “in crisis” and announced new measures to tackle what he called “Islamist separatism”.

France has Western Europe’s largest Muslim population, and some accuse the authorities of using secularism to target them.

Turkey is not the only country to criticise Mr Macron’s comments. Pakistan’s Prime Minister Imran Khan accused the French president of “attacking Islam” in a tweet on Sunday, while French products have been removed from some shops in Kuwait, Jordan and Qatar. There have also been protests in Libya, Syria and the Gaza Strip.

But Germany has expressed “solidarity” with Mr Macron after the Turkish president’s statement.

“They are defamatory comments that are completely unacceptable, particularly against the backdrop of the horrific murder of the French teacher Samuel Paty by an Islamist fanatic,” government spokesman Steffen Seibert said.

And in a tweet Dutch Prime Minister Mark Rutte said the Netherlands “stands firmly with France and for the collective values of the European Union” after Mr Erdogan’s speech.

Citing Turkey’s statistical institute, Reuters news agency reports that France is the 10th biggest source of imports into Turkey. The French company Renault is reportedly one of the leading car brands by sales in the country.

Mr Erdogan’s calls for a boycott come after months of rising tensions between France and Turkey.

While both countries are Nato members, they support differing sides in the ongoing conflict between Armenia and Azerbaijan, as well as in Libya’s civil war.

President Macron has also clashed with Mr Erdogan over Turkish oil and gas exploration in disputed waters in the eastern Mediterranean. France deployed jets and a frigate to the region in August amid the tensions.

The boycott call also comes the day after Mr Erdogan said Mr Macron needed a mental health check for speaking out so forcefully on Islam.

His remarks led France to recall its ambassador to Turkey for consultations.