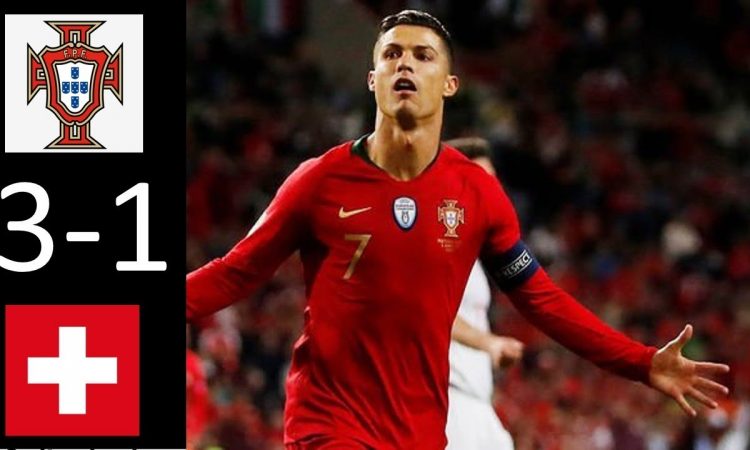 Portugal slams Switzerland 3 – 1 to make final in the UEFA League.
Portugal manager Fernando Santos described Cristiano Ronaldo as “a genius” after his superb hat-trick ensured Portugal reached the Nations League final with victory over Switzerland at the Estadio do Dragao.
Ronaldo, 34, had given the hosts the lead with a stunning first-half free-kick that flew into the bottom-right corner, wrong-footing Swiss keeper Yann Sommer.
Switzerland levelled in the second period when Ricardo Rodriguez tucked away a video assistant referee-awarded penalty – after Felix Brych had initially signalled for a penalty at the other end.
But after consulting his pitch-side monitor, referee Brych instead gave a spot-kick for Nelson Semedo’s foul on Switzerland’s Steven Zuber.
Incensed by the decision, the hosts struggled to build any rhythm as the game appeared to drift towards extra-time.
However, Ronaldo made the crucial difference late on, sweeping Bernardo Silva’s cross into the corner of the net, before firing into the same spot 102 seconds later.
Portugal play the winners of Thursday’s semi-final between England and the Netherlands (19:45 BST), with the final in Porto on Sunday.