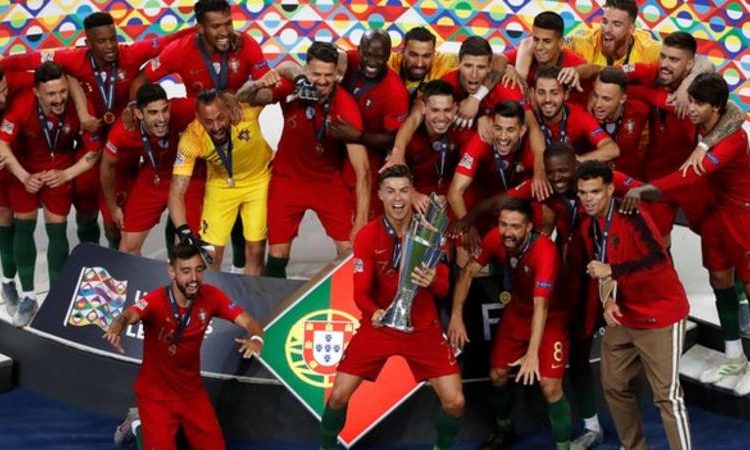 Hosts Portugal claimed their second trophy in three years by beating the Netherlands to win the inaugural Nations League.

Fernando Santos’ side triumphed at the 2016 European Championship and Goncalo Guedes’ second half strike gave them a narrow victory in Porto which Santos said was evidence of their unity as a team.

“For the last five years, we have been an almost indestructible family who know what we are capable of doing,” he said. “We knew we could win this match.”

The victory was achieved through Guedes, the Valencia winger smashing in from the edge of the area following Bernardo Silva’s clever cutback, though Dutch goalkeeper Jasper Cillessen will be disappointed he did not keep the effort out.

The Dutch looked to get back into the game but Memphis Depay’s powerful header was well saved by Wolves number one Rui Patricio and ex-Middlesbrough midfielder Marten de Roon lashed over.