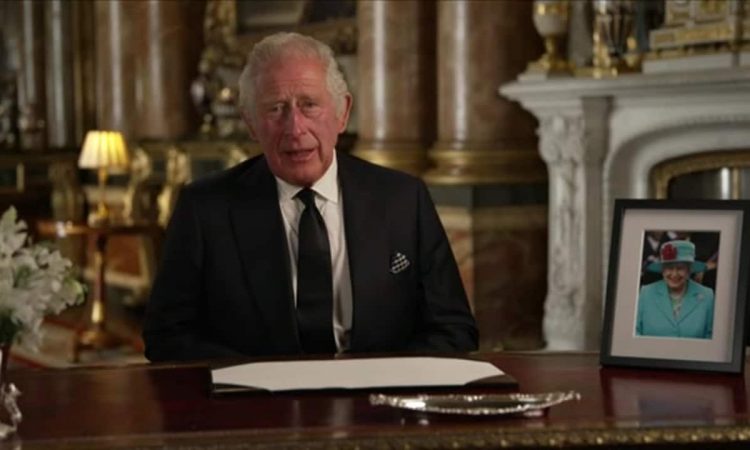 Charles III has been proclaimed as king at a ceremony at St James’s Palace.

Charles became king immediately following the death of his mother Queen Elizabeth II, but a historic meeting formally confirmed his role on Saturday.

During the Accession Council, the King approved the day of the Queen’s funeral becoming a bank holiday, although it is not known when it will take place.

It is the first time the historic ceremony has been televised.

The King himself was not present to begin with, but he attended the second part of the ceremony to hold his first meeting of the Privy Council, the group of senior politicians who advise the monarch.

Clerk of the Privy Council Richard Tilbrook proclaimed Charles “King, head of the Commonwealth, defender of the faith”, before declaring “God Save the King”.

The packed room, attended by senior politicians, judges and officials who gathered in the State Apartments of the Palace in London, repeated back the phrase.

Making his own declaration, the King said it was his “most sorrowful duty” to announce to the death of his mother.

He said: “I know how deeply you, the entire nation, and I think I may say the whole world, sympathise with me in the irreparable loss we’ve all suffered.

“It is the greatest consolation to me to know the sympathy expressed by so many to my sister and brothers.”

Later, applause and cheers of “God Save the King” broke outside St James’s Palace, before a crowd of thousands sang the national anthem.

It was the decision of King Charles III to allow television cameras into the Accession Council for the first time to allow the public to view proceedings.

The new King paid warm tribute to his mother, but this was the point when Charles began to look forward to his own reign.

Before the Accession Council’s ranks of senior politicians and public figures, King Charles dedicated the rest of his life to serving as monarch.

It was a mix of ritual, ornate language and constitutional practicality.

Charles is now the head of state and here was the seamless and symbolic transfer from one reign to the next, with oaths and signatures.

The inkpot used had been given to him by his sons, Prince William and Prince Harry.

The announcements also confirmed that the day of the Queen’s state funeral would be a public holiday.

But here was the King publicly shouldering his new responsibilities, promising to follow in the Queen’s example. It was the choreography of continuity.