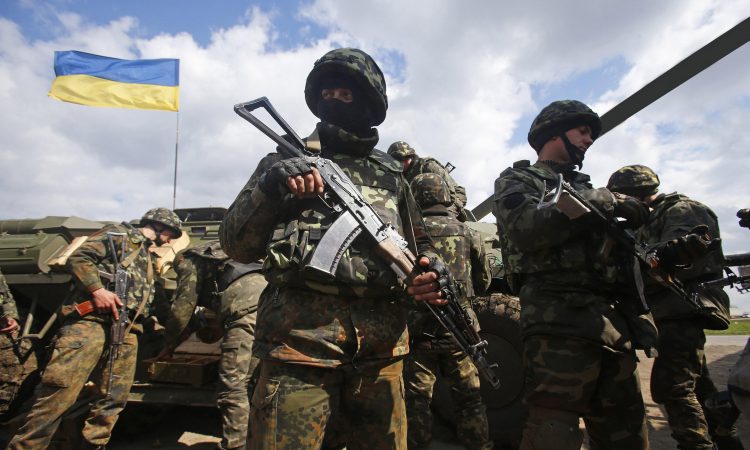 Repenting historical wrongs is a national pastime in Germany. But even by German standards, the soul-searching over Berlin’s Russia policy is remarkable.

Since Russia invaded Ukraine on 24 February, many German politicians have publicly admitted they got Vladimir Putin wrong. Even German President Frank-Walter Steinmeier has apologised, saying it was a mistake to use trade and energy to build bridges with Moscow.

“It’s a bitter acknowledgement that for 30 years we emphasised dialogue and co-operation with Russia,” says Nils Schmid, foreign affairs spokesperson for Mr Steinmeier’s party, the centre-left Social Democrats (SPD). “Now we have to recognise this has not worked. That’s why we have entered a new era for European security.”

That new era was dubbed “Zeitenwende” – literally meaning a turning point – by Germany’s SPD Chancellor Olaf Scholz in a now-famous speech in the German parliament a few days after the invasion.

It means scrapping rules about weapons exports, a huge boost in defence spending and an end to Russian energy imports. A Russian gas pipeline to Germany called Nord Stream 2 has already been suspended.

“For the foreseeable future, co-operation with Russia will not occur. It will be more about containment and deterrence and, if needed, defence against Russia,” Mr Schmid tells me.

Unexpectedly hawkish words for a party that until seven weeks ago believed Germany’s historical guilt and moral duty to make up for Nazi crimes meant peace with Russia at all costs.

But in Berlin, the war in Ukraine feels very close. The images of shelled Ukrainian buildings look like German cities in World War Two. And the third-of-a-million refugees, mostly women and children, arriving at German train stations remind many here of their parents or grandparents as children fleeing Russian soldiers in 1945.

Until the invasion mainstream opinion was that German reunification was thanks to dialogue with Moscow by another SPD chancellor, Willy Brandt. But now the debate has shifted, with reminders that Mr Brandt’s diplomacy was backed up by strong deterrence, including a West German defence budget of 3% of GDP.

The issue of German historical war guilt has also become more nuanced. Before the invasion the government argued against weapon deliveries to Ukraine because of Nazi crimes against Russia.

“Under Putin, official Russian policy tried to monopolise the memory of the Second World War for the bilateral German-Russian relationship,” explains Mr Schmid. This blinded parts of German society to the suffering of Ukrainians during the war, he adds.

Now there is a greater awareness of Ukraine’s traumas under the Nazis.

Berlin’s rhetoric has shifted dramatically. But some ask whether actions are following fast enough. Certainly warm words of support are not enough for Ukraine’s President Volodymyr Zelensky. He has criticised Germany’s continued reliance on Russian oil and gas.

There are conflicting reports about what happened: some Ukrainian officials say Mr Steinmeier was not “disinvited”. But certainly German politicians and commentators interpret the failed visit as a sign of Ukraine’s distrust in the German president, who as foreign minister under Angela Merkel spent years trying to achieve peace by engaging with Russia.

At the Brandenburg Gate – a symbol of another “Wende”, the word used in German for the process of German reunification – I meet Claudia Major, defence specialist at SWP, the German Institute for International and Security Affairs.

“Our partners look at us, and say: OK, you do a Zeitenwende but what are you practically doing?” she says. “On sanctions we are timid and on weapons delivery, we are reluctant. So, rightly, they wonder what that Zeitenwende is about, and given that Germany is a big economic, military, political power in the middle of Europe, whatever we do makes a difference, in good ways and bad.”

Germany has committed to sanctioning Russian energy imports, but wants a gradual phase-out, rather than an instant embargo. The government argues this would tip Germany into recession and cost hundreds of thousands of jobs.

“This is a dilemma that Germany has created itself,” argues political scientist Liana Fix, head of the Körber Foundation. “That’s obviously difficult to accept for other countries, who are willing to go ahead with an embargo and have done their homework on energy diversification.”

Ironically, it’s a Green Party politician, Economy Minister Robert Habeck, from a party that for years has been calling for energy independence from Russia, who is having to solve this dilemma.

On military support for Ukraine, Berlin says it is prepared to send whatever weapons Kyiv needs. But there are allegations that some ministries are getting tied up in bureaucracy. Here, too, it is a Green politician, Foreign Minister Annalena Baerbock, who is pushing the governing coalition to go faster. She has called for heavy weaponry, such as tanks or fighter jets, for Ukraine.

The chancellor, meanwhile, appears to dodge the question when asked – possibly nervous of losing his party’s support.