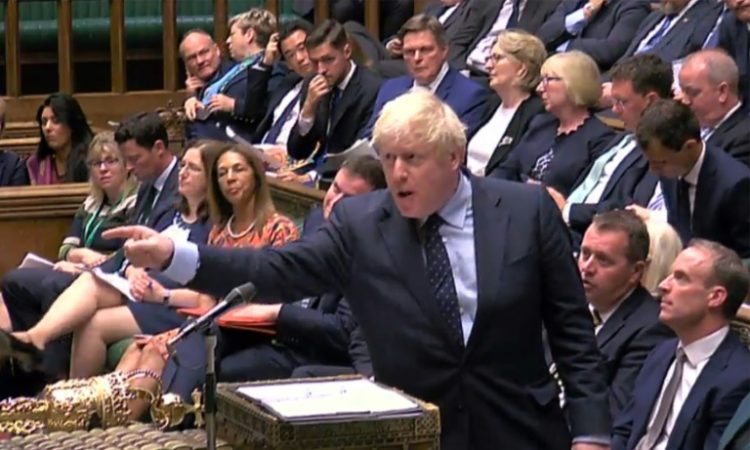 Prime Minister Boris Johnson headed into a fresh Brexit showdown in parliament on Wednesday after being dealt a stinging defeat over his promise to get Britain out of the EU at any cost next month.

The Conservative leader said he wanted an early general election on October 15 if lawmakers vote against him again on Wednesday and force him to seek a three-month Brexit extension from Brussels with a new law.

“I will never allow that,” Johnson said, calling the draft law a “surrender bill”.

Johnson argues that his threat to take Britain out of the EU with or without a divorce deal on October 31 will eventually force the bloc’s 27 other leaders to agree better terms.

His critics counter that Johnson is playing with fire because of the economic damage such a breakup could cause after almost half a century of close ties with Britain’s closest neighbours.

The European Commission also on Wednesday said the risk of a no-deal Brexit had increased, warning that it saw no alternative to the current withdrawal deal

Johnson suffered a defeat in parliament on Tuesday when he lost his wafer thin majority and rebel Conservatives joined opposition MPs in voting against a no-deal departure.

“Humiliation for Johnson as Tory rebels turn against him,” read the front page of the left-wing Guardian newspaper, while The Independent wrote: “Johnson loses control”.

But the strongly eurosceptic Daily Express accused MPs of voting “to betray Brexit” and called Tuesday’s vote “another shameful day in our so-called democracy”.

Johnson got some respite on Wednesday when a court in Scotland ruled that his decision to suspend parliament for over a month starting next week was lawful.

The 75 parliamentarians behind the legal challenge accused Johnson of curbing opposition attempts to block his Brexit strategy and bring down his government.

A similar case will be heard in London on Thursda