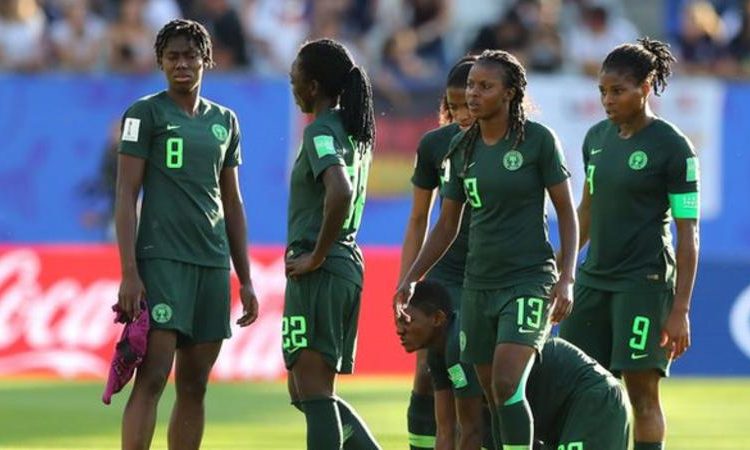 Nigeria threatened a sit-in protest at their hotel over unpaid bonuses and allowances following their Women’s World Cup last-16 defeat by Germany.

One player told the BBC the team held an overnight meeting in their Grenoble hotel with Aisha Falode, the president of the Nigeria Women Football League.

After hours of deliberation, the Nigerian Football Federation has promised to pay the outstanding fees, some of which date back to 2016.

The team will now leave the hotel.

Another player told the BBC meetings were also held between players and the NFF board.

As a result of the meetings, three players missed their flights back to their clubs, which will now be rescheduled.

The outstanding money also includes the Fifa participation fee for playing in the tournament. However, according to the NFF, that fee will only be distributed to players after the conclusion of the Women’s World Cup because Fifa is not scheduled to release the money until later in the year.