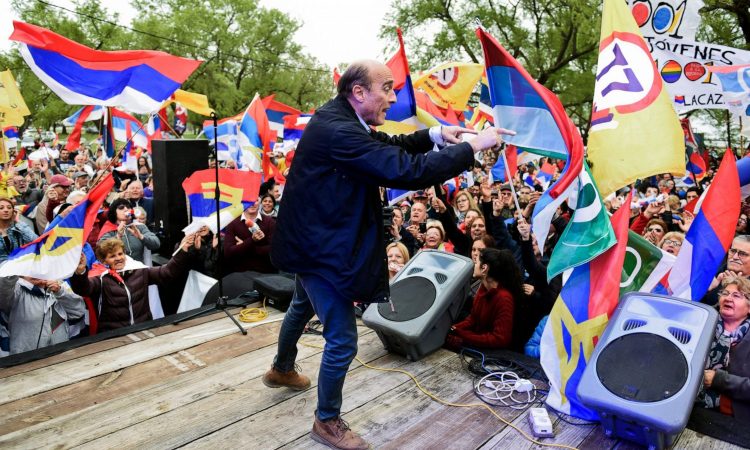 Voters in Uruguay are going to the polls on Sunday to elect a new president, with rising crime a leading concern.

Outgoing President Tabaré Vázquez of the left-wing Broad Front coalition will not be running, as presidents are prohibited from serving consecutive terms.

A referendum on tougher security measures will be held at the same time.

Its backers want to create a military-style National Guard.

No presidential candidate supports the proposals linked to the referendum and human rights groups have also raised concerns.

However, a recent survey by polling organisation Cifra indicates it currently has 53% support. It needs 50% or more to pass.

In the presidential race, candidates must also receive at least 50% of the vote to avoid a run-off on 24 November.

All seats in the House of Representatives and the Senate will also be decided in the election.

However, President Vázquez’s approval rating has slumped to under 30%, according to recent surveys, as opposed to 61% at the end of his 2005-2010 term, when he was the country’s first leftist leader.

The economy and unemployment are a major concern for voters, with only 22% of citizens rating the economy as good, according to Cifra.