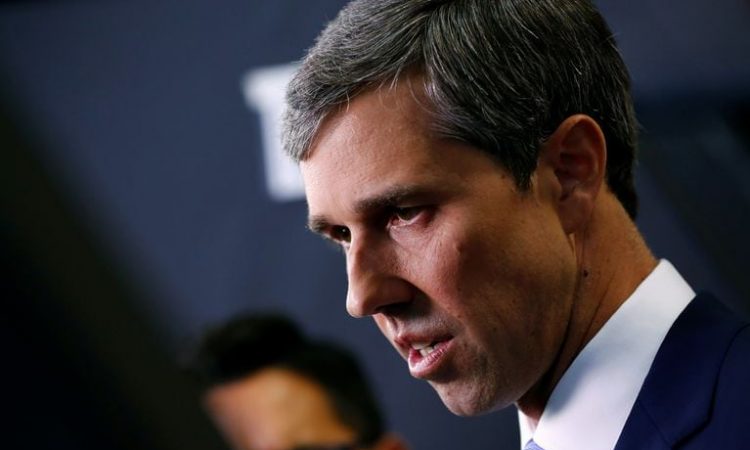 US Democratic presidential hopeful Beto O’Rourke has announced he is ending his campaign.

The former Texas congressman tweeted: “Our campaign has always been about seeing clearly, speaking honestly, and acting decisively.

“In that spirit: I am announcing that my service to the country will not be as a candidate or as the nominee.”

In that Senate race, he did better than any Democrat had in Texas for decades, running a campaign that invigorated the party nationwide and drew comparisons with former President Barack Obama.

His passionate delivery along with his good looks and background as a skateboarder and a punk rocker endeared him to liberals across the country.

But Mr O’Rourke struggled to carry that energy into a White House race crowded with more than 20 Democratic candidates.

As the initial buzz over his campaign began to subside, Mr O’Rourke, 47, tried to reboot his candidacy. He began to focus on gun control after a mass shooting in August in his hometown of El Paso, Texas. He vowed to remove assault-style weapons from private ownership, saying in one televised debate: “Hell yes, we’re going to take your AR-15s.”

But he could not catch up with front-runners like former Vice-President Joe Biden, Massachusetts Senator Elizabeth Warren and Vermont Senator Bernie Sanders.

In the latest opinion poll by New York Times/Siena College on Friday, Mr O’Rourke drew the support of just 1% of voters in the crucial early-voting state of Iowa.

He acknowleged in a blog post announcing the end of his presidency that his cash-strapped campaign “does not have the means to move forward successfully”.

He also took a parting shot at President Donald Trump. “We confronted institutional, systemic racism and called out Donald Trump for his white supremacy and the violence that he’s encouraged against communities that don’t look like, pray like or love like the majority in this country,” his statement said.