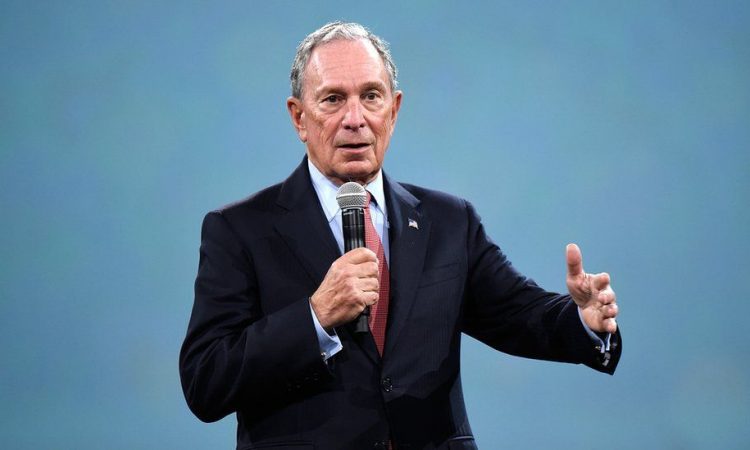 US President Donald Trump has taunted former New York City Mayor Michael Bloomberg amid reports that he is ready to jump into the White House race.

Speaking to reporters, Mr Trump said of the billionaire businessman: “There is nobody I’d rather run against than little Michael.”

Mr Bloomberg is expected to file paperwork for the presidential primary in Alabama later on Friday.

But advisers say he has not yet made his final decision.

On Friday, Mr Trump said Mr Bloomberg “doesn’t have the magic” to make it to the White House.

He continued: “He’s not going to do well, but I think he’s going to hurt Biden actually.”

Calling him “a nothing”, Mr Trump said on Friday that Mr Bloomberg “will fail” if he joins the Democratic race.

In a statement, Bloomberg adviser Howard Wolfson said: “We now need to finish the job and ensure that Trump is defeated.

“But Mike is increasingly concerned that the current field of candidates is not well positioned to do that.”

Mr Bloomberg is said to be fully aware such a belated entry to the race could present challenges in states like Iowa and New Hampshire, where other Democratic contenders have been campaigning for months.

The Bloomberg team reportedly sees a possible pathway through the so-called Super Tuesday contests in March, when 14 states, including California, Alabama and Colorado, will vote on a single day for their preferred White House nominee.

Mr Bloomberg, 77, considered running for the White House as an independent candidate in 2008 and 2016.

In March this year he said he would not run for president. But he is understood to have recently voiced scepticism that any of the current Democratic field could beat Mr Trump in the election a year from now.

If Mr Bloomberg does get on the ballot in Alabama by Friday, he will still have to register in other states.

His advisers are reportedly preparing the necessary paperwork for other states with upcoming deadlines. Both Arkansas and New Hampshire require candidates to file by next week.

State-by-state votes, known as primaries and caucuses, will be held from February next year to pick a Democratic White House nominee.

The eventual winner will be crowned at the party convention in Wisconsin in July. He or she is expected to face President Trump, a Republican, in the general election in November.

A total of 17 Democratic candidates are vying to be the party’s standard-bearer.