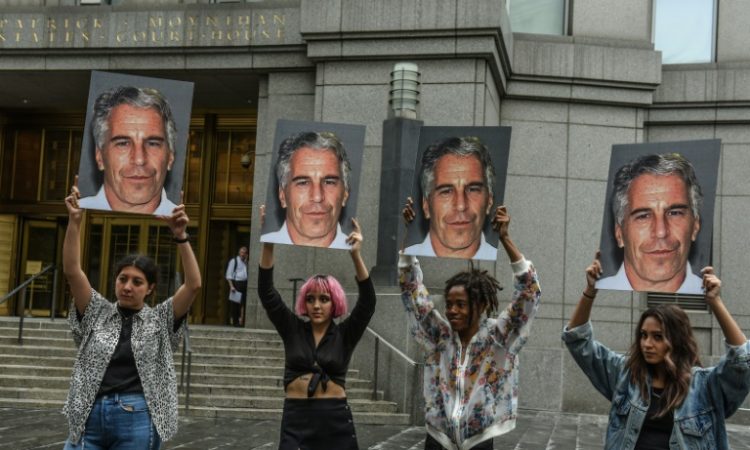 Jeffrey Epstein, a hedge fund billionaire with ties to top politicians and celebrities, was charged on Monday with sexually exploiting dozens of young girls.

Epstein, 66, was arrested at an airport in New Jersey on Saturday after returning to the United States from Paris on a private jet.

Epstein appeared in a Manhattan courtroom on Monday and pleaded not guilty to the charges which carry a maximum of 45 years in prison.

A bail hearing was set for Thursday.

Geoffrey Berman, the US attorney for the Southern District of New York, said he would ask that Epstein be detained until trial.

“We think he’s a significant flight risk,” Berman told a news conference. “He has enormous wealth and the charges are very serious.”

Berman said Epstein allegedly sexually exploited dozens of minor girls at his homes in Manhattan, New York and Palm Beach, Florida, between 2002 and 2005.

Some of the girls were as young as 14 years old and “particularly vulnerable to exploitation,” he said, adding that Epstein was “well aware that many of the victims were minors.”

“The alleged behavior shocks the conscience,” Berman said. “And while the charged conduct is from a number of years ago, it is still profoundly important to the many alleged victims, now young women.

“They deserve their day in court and we are proud to be standing up for them by bringing this indictment,” he said.

The US Attorney said the girls were paid hundreds of dollars in cash to perform sexual acts and to recruit other girls.

Berman said a search had been conducted of Epstein’s Manhattan mansion and agents seized “nude photographs of what appear to be underage girls.”

Berman and an FBI agent who attended the news conference appealed to any other women who were victims of Epstein to come forward.

But he avoided federal prosecution in those cases with a 2007 plea deal negotiated by his lawyers with Alexander Acosta, now the labor secretary in the Trump administration.

Under the deal, he pleaded guilty to a state charge of soliciting prostitution from a minor and served 13 months in a county jail.

Acosta, who was the top federal prosecutor in Miami at the time, has been the target of a campaign demanding his resignation over the relatively light sentence handed down to the billionaire financier.

Berman, the US Attorney, was asked by reporters why the plea agreement negotiated in Florida did not apply to New York.

Berman also told reporters he would have no comment on “speculation” about any individuals other than Epstein whose names have been raised previously in the case.