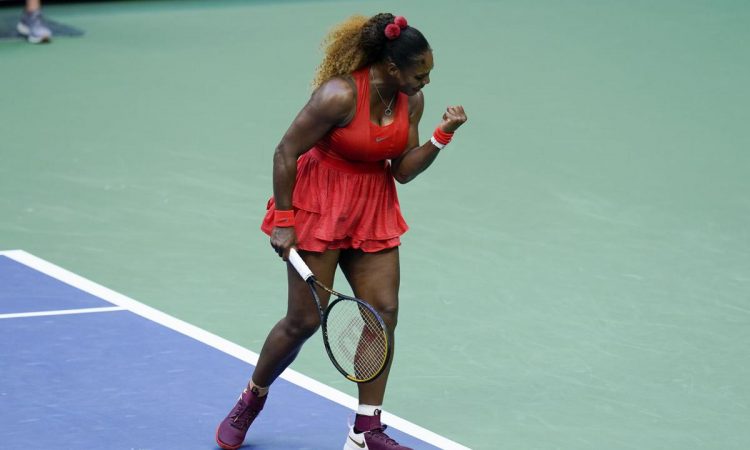 The 38-year-old went a break down in both sets but recovered to win in an hour and a half as she chases Margaret Court’s Grand Slam tally.

“I was really happy with how I fought for every point,” she said.

“No matter how I was playing, I just had to get my Serena focus back so that was what I was working on today.”

But she will not be joined in the next round by her sister Venus Williams, who lost 6-3 7-5 to Czech 20th seed Karolina Muchova.

An error-strewn performance meant that two-time champion Venus, 40, made her first ever opening-round exit at her home Grand Slam.

Thiem, 26, will face Indian world number 124 Sumit Nagal in the second round as he looks to capitalise on the absence of Roger Federer and Rafael Nadal to win a maiden Grand Slam title.

Women’s 10th seed Garbine Muguruza sealed her place in the second round with a 6-4 6-4 win against Japan’s Nao Hibino.

With six of the world’s top 10 absent from the women’s draw because of the coronavirus pandemic, Serena Williams has a prime opportunity to claim the 24th title she has been chasing since her last win at the 2017 Australian Open.

The third seed will face world number 117 Margarita Gasparyan of Russia in the second round, with the trickier challenge of compatriot Sloane Stephens possibly awaiting her after that.

Williams had to overcome some inconsistencies, gifting Ahn two breaks of serve, but brushed aside the suggestion that the lack of fans on Arthur Ashe Stadium had affected her level of play.

“It’s quiet,” she said. “It’s such a good stadium. It’s a Grand Slam and I think I’m still as passionate and intense out there.

“I love my job. I love what I do. You can’t do it forever even though I’ve kind of been doing it just over forever. One of these days it’s going to end and I love being out here.”