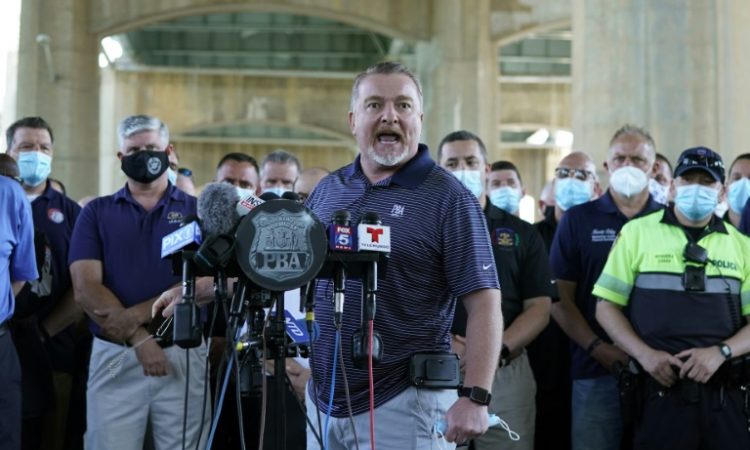 US police officers at the center of demonstrations that have roiled the country are caught between their commitment to the job and recognition that reforms are needed to address institutional racism within their ranks.

From California to Massachusetts, several officers interviewed by AFP said they were horrified by the killing of George Floyd while in police custody — a tragedy that sparked nationwide protests against police brutality and racism.

But those interviewed also hit back at accusations that the actions of the officers involved in Floyd’s death reflected the values of law enforcement officers across the country.

“I am not Derek Chauvin… He killed someone. We didn’t. We are restrained,” Michael O’Meara, head of New York state’s Police Benevolent Association, angrily said this week at a press conference.

Chauvin is the officer who pressed his knee on Floyd’s neck for nearly nine minutes.

“Everybody’s trying to shame us into being embarrassed about our profession,” O’Meara added.

Shaun Willoughby, president of the Albuquerque Police Officers’ Association in New Mexico, said Chauvin had clearly committed a criminal act that all police officers were ashamed of and it was unfair to paint everyone in uniform with the same brush.

“I feel discriminated against, so do my officers,” he told AFP. “We’re just out here trying to do the best job that we can to protect our community and provide for our families, and now because I wear a badge I’m a problem of systemic racism in the country.

“Law enforcement all over the country gets left holding the bag for the actions of a criminal in Minneapolis,” he added.

Experts however say that Floyd’s death was not an isolated incident but added to long-running anger and distrust of police officers among America’s black communities.

“There is a long American history of harm and violence imposed on black Americans under color of law that policing as an institution has to acknowledge,” said Louisa Aviles, director of group violence intervention at the National Network for Safe Communities.

Franklin Zimring, a law professor at the University of California, Berkeley and author of “When Police Kill,” noted that officers in the US on average kill three people a day.

“At least half of those killings are not necessary to preserve the police officers’ lives or anybody else’s,” he said.

African Americans represent the majority of those killed with studies showing that one in every 1,000 black men in the US will die at the hands of police.

“It’s happening far too often, scenes where black people and people of color in general are dying at the hands of law enforcement, usually for really minor offenses,” said Ben Kelso, president of the San Diego chapter of the National Black Police Association.

“We spend a lot of hours on what they call ‘perishable skills,’ which is driving and shooting and arresting people and things like that,” he added. “But we don’t spend as much time on just learning to talk to people. Because when it’s all said and done, the biggest weapon police officers have every day is their mouth.”

A growing list of police departments across the United States have already imposed a ban on neck restraints similar to the one that killed Floyd and reinforced disciplinary measures. Steps are also being taken at the federal level to carry out reforms.

O’Meara, whose union represents some 40,000 police officers, said it was essential that law enforcement be included in the conversation as stakeholders.

“This perception that we are racist dogs, that’s not what we are,” he told AFP. “That’s not what the overwhelming vast majority of police officers are.”

Branville Bard Jr, chief of police in Cambridge, Massachusetts, said as a black man he has often fallen victim to racism and was in favor of tougher sanctions against bad officers.

“I can’t tell you how many times I’m pulled over,” he said. “And I identify myself… and it never escalates. But I’m always in fear that it could because I carry a gun and black skin at the same time.”

But some in law enforcement say they are being used as scapegoats for larger problems in society and reject growing calls to defund the police.

“It’s ironic and it’s hurtful because we’re out every day trying to serve and protect the public and there are millions of interactions every day with police and the public that are positive,” said a 34-year-old New York officer, who spoke on condition of anonymity since he was not authorized to make public comments.

“We try to be everything to everyone and we’re stretched too thin and that’s when mistakes are made.”