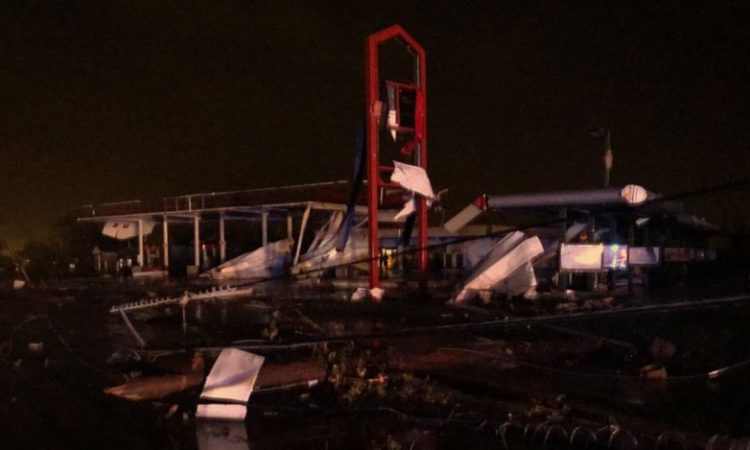 Local officials say at least three people have been killed by a violent tornado which has swept across Missouri.
The fatalities were confirmed in Golden City, 170 miles (270km) southwest of state capital Jefferson City.
Another tornado struck Jefferson City on Wednesday night, bringing heavy rain, hail, wind and lightning.
Extensive damage has been reported around the state, and thousands are believed to be without electricity.
It comes days after the US National Weather Service issued a rare “high warning” for severe storms in the American midwest.
BBC