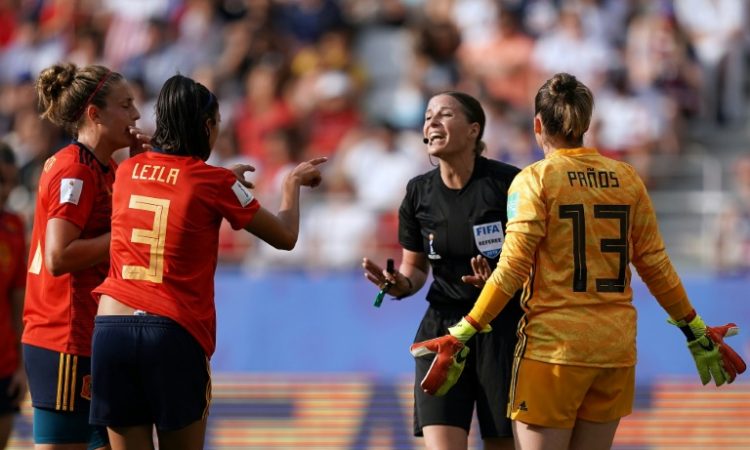 Megan Rapinoe scored two penalties as defending champions the United States beat Spain on Monday to set up a mouthwatering quarter-final against hosts France at the women’s World Cup, with Sweden joining them in the last eight.

On another day in the limelight for VAR, Sweden’s goalkeeper Hedvig Lindahl made a brilliant second-half penalty save as her country edged out Canada 1-0 in Paris, meaning they advance to a similarly enticing tie against Germany.

The showdown between the holders and the hosts had seemed inevitable from the moment the draw was made back in December, but after France laboured to beat Brazil in extra time on Sunday, the USA did not find the going easy against Spain in Reims.

Rapinoe’s first penalty gave Jill Ellis’s team an early lead after Tobin Heath was brought down in the box by Maria Leon.

However, Jennifer Hermoso pounced to equalise moments later after Becky Sauerbrunn had been caught in possession, and Spain held their own after that against the World Cup favourites.

They were undone, though, by another penalty awarded for what looked a very slight touch on Rose Lavelle from Virginia Torrecilla.