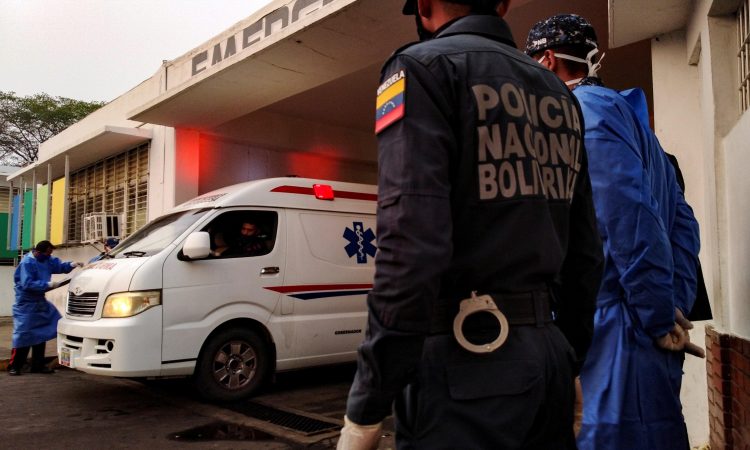 The death toll from a prison riot in western Venezuela has risen to at least 47, with 75 wounded, an opposition politician and prisoners’ rights group said Saturday.

“At the moment we have been able to confirm 47 dead and 75 wounded,” deputy Maria Beatriz Martinez, elected from Portuguesa state where the Los Llanos prison is located, told AFP.

The Venezuelan Prison Observatory (OVP) rights group also gave the same tally, calling the violence a “massacre,” and both confirmed that all of the dead were detainees.

The disruption began Friday when inmates at the prison, located in the city of Guanare, began destroying “the security fences around the perimeter” in a “massive escape attempt,” according to an army report on Friday seen by AFP. It also said the prison’s director was wounded.

Martinez, however, refuted the account, stating the uprising was staged by a group of prisoners “because they did not have access to food.”

With the coronavirus pandemic raging, visits from family and friends — who often bring food and medicine to inmates — have been greatly reduced.

The identities of the dead were verified “through the morgue, thanks to relatives who recognized the dead in photos that were shown to them on a computer,” said Carolina Giron of OVP.

According to the organization, 97 deaths occurred in Venezuelan prisons in 2019, 70 percent of which were due to diseases such as tuberculosis and a lack of medicine.

More than 330 cases of coronavirus, including 10 deaths, have been recorded in Venezuela, but authorities say there have been no cases in the country’s prisons.

The initial toll Friday from the riot was 17 dead and nine wounded.