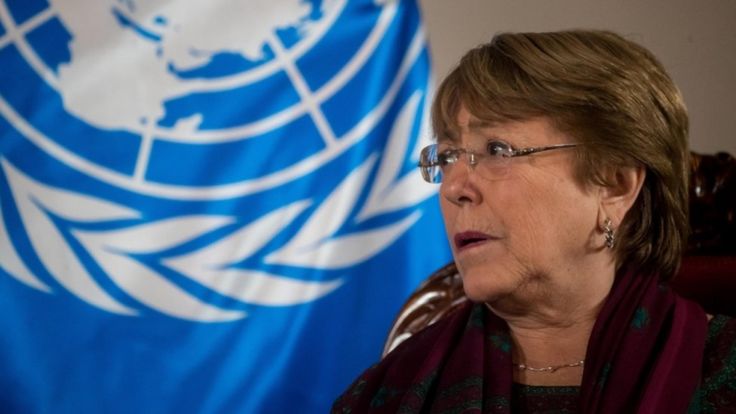 The UN has accused Venezuela of a strategy of instilling fear in its population to retain power, removing opponents with a “shocking” number of alleged extrajudicial killings.

Victims are arrested and shot, with crime scenes manipulated to suggest they resisted police, a report says.

Venezuela’s government has called the report distorted and biased. Maduro is locked in a political battle with opposition leader Juan Guaidó.

Guaidó, head of the country’s National Assembly, declared himself interim president in January and has the backing of more than 50 countries, including the US and most of Latin America. Maduro retains the loyalty of most of the military and important allies such as China and Russia.

Some four million people have fled Venezuela since 2015, according to the UN, amid a severe economic crisis that has resulted in high unemployment and chronic shortages of food and medicine.

The report is scheduled to be presented to the UN Human Rights Council on Friday.

It is based on “558 interviews with victims and witnesses of human rights violations and the deteriorating economic situation” from January 2018 to May 2019.

Its most damning findings relate to the number of deaths the Venezuelan government has ascribed to resisting arrest.