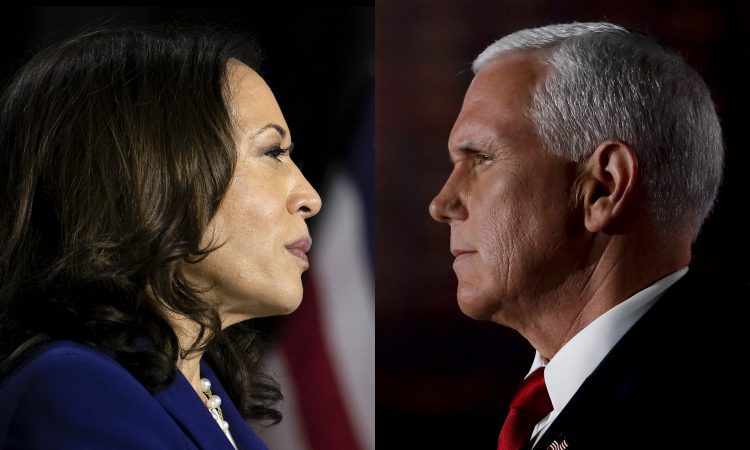 It’s time for the supporting cast to bask in the spotlight. The deputies will have their day in charge. The number-two figures are stepping out of the shadows.

This promises to be a vice-presidential debate like no other.

Some have even called it the most important in history, since it comes as the US president is ill with Covid 19, a virus that’s claimed 200,000 Americans and upended 330 million lives. Plus a Supreme Court fight, racial unrest and, and, and…

In one corner you have Kamala Harris, the woman who aspires to be the first female vice-president in history.

The California senator, 55, is one of the toughest interrogators in Congress, a hardened former lawyer who has left congressional witnesses bloodied after tearing into them in Senate hearings.

In her sights she has an unflappable Republican vice-president who rarely puts a foot wrong under intense media questioning. He won’t just be playing defence, either. He’ll be looking to exploit his obvious advantage in one area – he’s done it before.

Mr Pence is a 61-year-old, softly-spoken, deeply religious man, a Christian from Indiana. Despite their obvious differences, Mike Pence has been a pillar of loyalty to his boss for four years and they’ve walked in lock-step on nearly every issue and through every controversy.

Vice-presidential debates don’t usually trouble presidential historians too much, but this year the drama of the election campaign could heighten interest in how the pair fare against each other.

The fact that the president has been seriously ill has reminded the public they have the two oldest presidential candidates in history. Being first in the line of succession has never been more significant, and both debaters will be aware they have to present themselves as ready to step into the world’s biggest job.

The first debate between Trump and Biden was also so bereft of serious policy that some have said they’re hoping for a proper discussion about the vision for America being offered by each ticket.

It could even also be the final debate of the campaign, depending on whether the president recovers in time.

No wonder the Brookings Institution called it the most important vice-presidential debate ever.