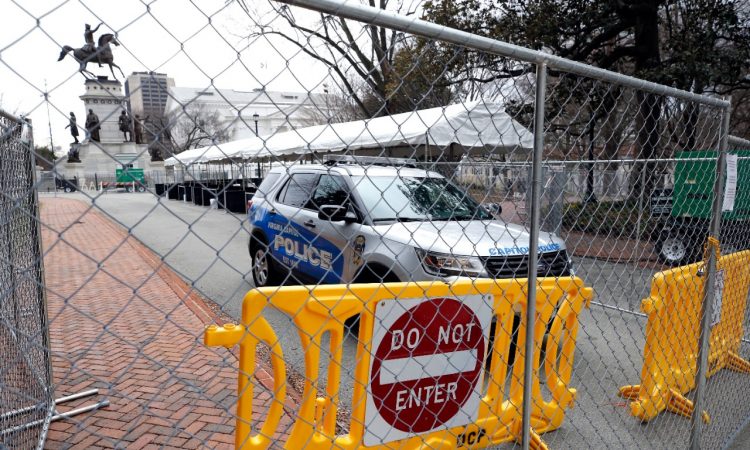 Pro-gun campaigners are gathering in the US city of Richmond for a rally that the Virginia authorities fear could turn violent.

State governor Ralph Northam declared a state of emergency ahead of the protest, banning firearms from the area around the Capitol building.

The Lobby Day rally is an annual event, but several gun-control bills passed in January by the Democrat-led Virginia legislature – in a state where gun rights have historically been permissive – have angered gun owners and activists.

The Virginia Citizens Defense League, a gun rights group which organised the rally, said it expected as many as 50,000 people. Many of the buses laid on from neighbouring states were sold out before the weekend.

Christian Yingling, who led the Pennsylvania Light Foot Militia during the violent clashes in Charlottesville in 2017, told the BBC he was hoping for a big turnout.

“I’d like to see a lot of people, I really would. I know from chatter online that a lot of militia types are coming in from some distance… Texas, Illinois, elsewhere,” he said.

At a rural community hall about 20 miles south of Richmond, dozens of people from different militia groups gathered on Sunday night to talk about tactics for the following day and about the broader threat to gun rights they see in Virginia.

When Greg Trojan, one of the founders of the VCDL, asked how many people had travelled in from outside the state, more than half raised their hands. Many at the meeting said they hoped for a peaceful day. Some said they anticipated violence.

“I’m dreading it. Because I was in Charlottesville, I was at the Boston free speech rally. I see what it can be and that’s what I dread,” said Tammy Lee, a militia organiser from Oklahoma.

Democratic presidential candidate Michael Bloomberg was a frequent target for his spending on gun control efforts. So was the state governor Mr Northam – “Don’t let the evil bastard win,” said Mr Trojan, rounding off a speech to the room.

Cory Kepner, who travelled down from Pennsylvania, said he would go the rally, armed with his handgun, but hoped it would be peaceful.

President Donald Trump risked ratcheting up tensions when he tweeted on Saturday: “Your 2nd Amendment is under very serious attack in the Great Commonwealth of Virginia. That’s what happens when you vote for Democrats, they will take your guns away.”

The ban on guns around the Richmond Capitol building was challenged by gun rights groups, but upheld by state Supreme Court over the weekend, and the organisers, the VCDL, called for “10,000 patriots” to hand their guns to someone else and enter the Capitol unarmed.