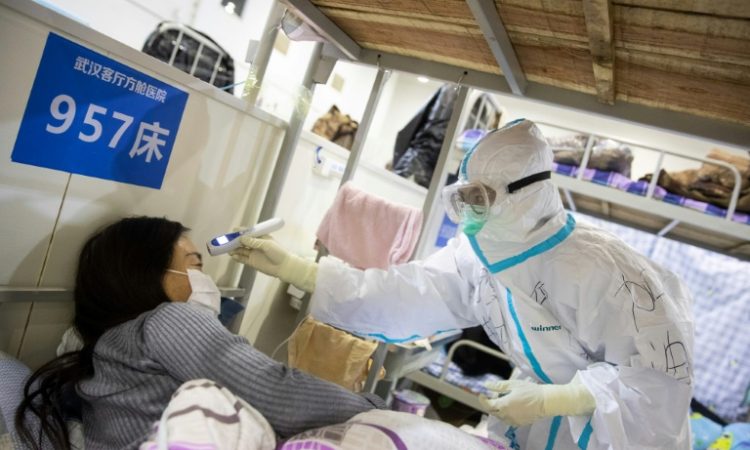 Nigeria reported the first new coronavirus case in sub-Saharan Africa on Friday, as global stock markets tanked on deepening fears of a pandemic and the World Health Organization warned against the “fatal mistake” of complacency.

The virus has proliferated around the globe over the past week, emerging in every continent except Antarctica, prompting many governments and businesses to try and stop people travelling or gathering in crowded places.

The virus has killed more than 2,800 people and infected over 83,000 worldwide — the vast majority in China — since it emerged from a suspected animal market in a central Chinese city in late December.

The number of new deaths and infections has been tapering off in China, following unprecedented quarantine efforts locking down tens of millions of people in the worst-hit cities.

But infections elsewhere have started to surge, with Iran, Italy and South Korea becoming the major new hotspots and cases being confirmed in more than 50 countries.

World Health Organization chief Tedros Adhanom Ghebreyesus said Thursday the world was at a “decisive point” and countries could still contain the epidemic if they “act aggressively now”.

“No country should assume it won’t get cases; that could be a fatal mistake, quite literally. This virus does not respect borders,” Tedros said in Geneva.

The WHO has voiced particular concern about Africa’s preparedness, warning at the weekend that the continent’s health care systems were ill-equipped to respond to a COVID-19 epidemic.

On Friday, Nigeria reported its first case: an Italian man who returned to densely populated Lagos early this week.

Cases had previously been reported in Egypt and Algeria, but not in the sub-Saharan region.

The low number of cases across Africa, which has close economic ties with China, has puzzled health specialists and raised questions about authorities’ capabilities to detect the virus.