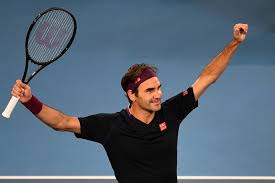 Serena Williams crashed out, 15-year-old Coco Gauff stunned Naomi Osaka and Roger Federer survived a five-set thriller as the form book went flying out of the window at the Australian Open on Friday.

Men’s title-holder Novak Djokovic eased into the last 16 but elsewhere there were surprises all over Melbourne Park with Williams the biggest victim and Federer fighting back from 4-8 down in a fifth-set tie-break with John Millman.

Williams’ bid for a record-equalling 24th Grand Slam was shattered by the unlikely figure of China’s Wang Qiang, who triumphed in three tough sets — after winning just one game when they played at the US Open in September.

Gauff then stepped up her giant-killing Melbourne debut as she ousted Japanese defending champion Osaka, 22, in dismissive style, winning 6-3, 6-4 in just 67 minutes to reach round four.

“Oh my gosh. Two years ago I lost first round in the juniors and now I’m here — this is crazy,” said the teenager, who shocked Venus Williams in the first round.

Federer came within a whisker of repeating his 2018 US Open upset by Millman as he was taken to five punishing sets by the tough Australian.

The 20-time Grand Slam champion was facing defeat in the super tie-breaker but he clawed back from 4-8 down to clinch his 100th win at the Australian Open.

“Oh God, it was tough,” said Federer. “Thank God it was a super tie-breaker (10 points), otherwise I would have lost this one.

“It came down to the wire in the end.”

With Williams now 38, 23 years older than Gauff, the two players are at opposite ends of their careers.

And with Williams’ close friend Caroline Wozniacki retiring on Friday, after defeat to Ons Jabeur, it looked like a changing of the guard in women’s tennis.

But Williams, who has now had eight winless Grand Slams since returning from childbirth, said she hadn’t given up hope of matching Margaret Court’s 47-year-old record for Grand Slam titles.

“I definitely do believe (I can equal it) or I wouldn’t be on tour,” said Williams.

Williams was the bookies’ favourite to lift the trophy for the eighth time but she came unstuck against a determined Wang, who won 6-4, 6/7 (2/7), 7-5.

Her defeat came just minutes after Denmark’s Wozniacki was knocked out by Tunisia’s Jabeur, bringing a tearful end to the former world number one’s final tournament before retiring.

“I had a dream when I was a kid. I wanted to win a Grand Slam. I wanted to be number one in the world,” said Wozniacki, the Melbourne winner in 2018.

“People thought that I was crazy being from a small country. But I made it happen.”

Williams’ exit removes a major hurdle for Australia’s world number one Ashleigh Barty, 23, who had been on course to meet her in the semi-finals.

Barty, bidding to become the first Australian champion since 1978, hit form in a 6-3, 6-2 demolition of Elena Rybakina, saying she had played her best tennis so far this year.

Gauff, who trained with Serena Williams in the off-season, had promised she would be less nervous than in her last meeting with Osaka, when she was thrashed in round three of last year’s US Open.