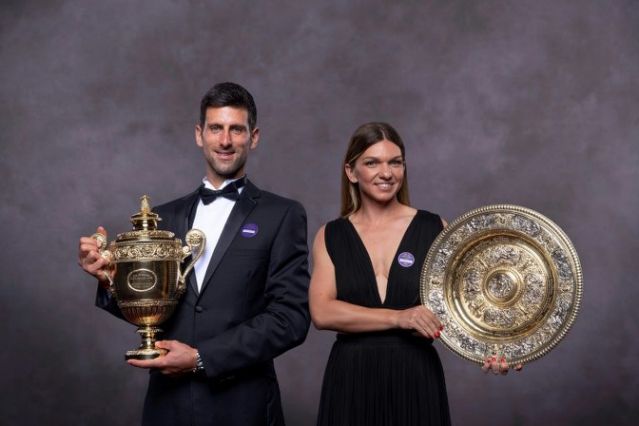 Roger Federer and Serena Williams were among the tennis stars left devastated on Wednesday as Wimbledon was cancelled for the first time since World War II due to the coronavirus.

The cancellation of the oldest Grand Slam tournament at London’s All England Club leaves the season in disarray, with no tennis set to be played until mid-July.

“Devastated,” tweeted eight-time champion Federer, while Serena, who has won the tournament seven times, said she was shocked by the momentous decision.

Wimbledon was due to run for two weeks from June 29, with Novak Djokovic and Simona Halep set to defend their singles titles.

But tournament chiefs bowed to the inevitable on Wednesday, saying in a statement that they had made the decision with “great regret”.

US tennis chiefs responded by saying the US Open, due to finish a week before the controversially rearranged French Open, was still due to take place as planned.

All England Club chairman Ian Hewitt said the decision to cancel Wimbledon had not been taken lightly.

“It has weighed heavily on our minds that the staging of The Championships has only been interrupted previously by world wars,” he said.

“But, following thorough and extensive consideration of all scenarios, we believe that it is a measure of this global crisis that it is ultimately the right decision to cancel this year’s Championships.”

“So sad to hear @Wimbledon won’t take place this year,” she said.

“Last year’s final will forever be one of the happiest days of my life! But we are going through something bigger than tennis and Wimbledon will be back! And it means I have even longer to look forward to defending my title.”

Two-time Wimbledon champion Andy Murray added: “Very sad that Wimbledon has been cancelled this year but with all that is going on in the world right now, everyone’s health is definitely the most important thing!”

The decision to cancel Wimbledon was widely expected, with the world struggling to contain the spread of COVID-19, which has claimed more than 43,000 lives and infected more than 860,000 people, according to an AFP tally.

Organisers had earlier ruled out playing the event behind closed doors while postponing it would also have created its own problems, with shorter days later in the English summer.

The ATP and WTA have also cancelled the grass-court swing in the build-up to the tournament, meaning the tennis season will not now restart until July 13 at the earliest.

The US Tennis Association said it was sticking to its August 31 to September 13 dates for the US Open in New York.

“At this time the USTA still plans to host the US Open as scheduled, and we continue to hone plans to stage the tournament,” it said in a statement.

“The USTA is carefully monitoring the rapidly changing environment surrounding the COVID-19 pandemic, and is preparing for all contingencies.”

American legend Billie-Jean King, a six-time Wimbledon women’s singles champion, said cancelling the tournament was the only option in the circumstances.

“I fully understand and support the decision of the committee and it is vital we keep our focus on those most impacted by this pandemic,” she said.

“I have been fortunate to go to Wimbledon every year since 1961 and I am certainly going to miss it this year.”

The cancellation could mean multiple champions Federer, Serena Williams and Venus Williams have played at the All England Club for the final time.

Federer and Serena will be nearly 40 by the time of the 2021 championships and Venus will be 41.

Serena, beaten in last year’s final by Halep, is stuck on 23 Grand Slam singles titles — agonisingly one away from equalling Margaret Court’s record.

Tennis has endured a torrid time in recent weeks with the entire European claycourt season wiped out.

The French Tennis Federation provoked widespread anger with its unilateral decision to move the French Open from its original May 24 start date to begin on September 20 – one week after the conclusion of the US Open in New York.