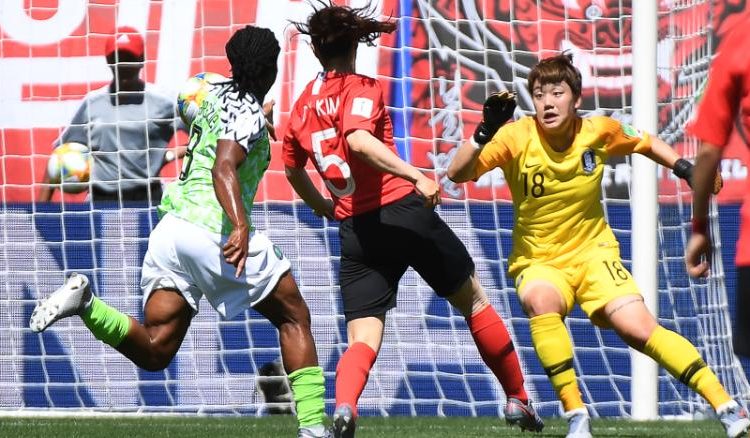 Brilliant goal by former Liverpool forward Asisat Oshoala helped earn Nigeria a first win at the 2019 Women’s World Cup – and all but end South Korea’s hopes of reaching the last-16.

Nigeria went ahead when defender Kim Do-yeon volleyed past her own keeper.

Ex-Arsenal player Oshoala held off a defender before rounding the keeper to score Nigeria’s second goal.

South Korea, who face Norway in their third and final group match on Monday, have yet to score or earn a point.

Nigeria will confirm a place in the knockout stage if they beat hosts France, one of the tournament favourites, on Monday (20:00 BST) in Rennes.

However, they could also advance as one of the four best third-placed teams.

“We said when we started that we wanted to be in the last 16. Nothing has changed,” said Nigeria boss Thomas Dennerby.

“We already have a good team spirit but maybe this win will give us a little bit more. Now we go to play France, a really good team.

“If we can come out with a point everyone would be extremely happy.”

The defeat all but ends South Korea’s hopes of qualifying for the next stage after it was thrashed by host nation France in the opening game of the tournament.

It also leaves Korea, ranked 14th in the world, without a point or goal to its name.