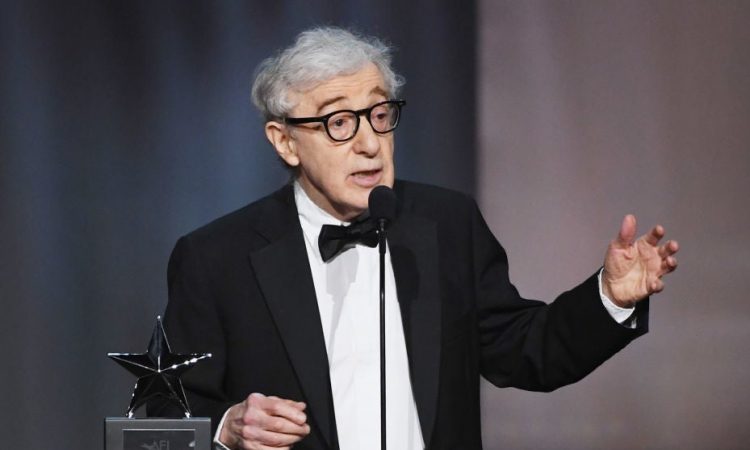 Woody Allen has reached a legal settlement with Amazon Studios after it abandoned a four-film deal.

Allen initially filed a $68m (£52m) lawsuit in February amid resurfaced allegations that he molested his adopted daughter.

Amazon argued that his comments about the #MeToo movement “sabotaged” its attempts to promote his new movies.

The film director denies sexually assaulting Dylan Farrow, who lost a court case against him in 1992.

Under the movie deal, signed in 2016, Allen received a $10m advance payment. But two years later, the release of his first film, “A Rainy Day in New York,” was shelved and plans for three other movies were cancelled.

Shortly before Amazon withdraw from the agreement, Allen reportedly expressed sympathy for movie producer Harvey Weinstein, who was accused of sexually assaulting dozens of women.

Mr Weinstein denied the accusations against him, but has since reached a $44m settlement with some of the alleged victims.

Months after these initial comments, Allen accused Dylan Farrow of “cynically using the #MeToo movement” after she repeated allegations that he assaulted her when she was seven years old.

In an interview with Argentinean broadcaster Eltrece, Allen said he “should be the poster boy for the Me Too movement” since he had worked with “hundreds of actresses” and was “only accused by one woman in a child custody case”.

Amazon Studios said its decision to terminate the deal was justified because Allen’s comments undermined its financial security.

It also pointed out that “scores of actors and actresses expressed profound regret for having worked with Allen in the past, and many declared publicly that they would never work with him in the future”.

In response, Allen said Amazon was fully aware of Dylan Farrow’s accusation when the deal was signed.

His company, Gravier Productions, secured an international release for “A Rainy Day in New York” this year, but US distribution has not been secured.

Timothee Chalamet and Rebecca Hall, who star in the film, said last year that they would donate their wages to charity.