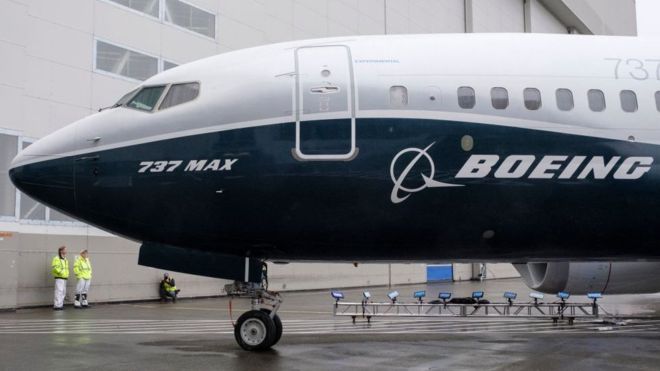 A former Boeing engineer has told the BBC’s Panorama programme that work on the production line of the 737 Max plane was not adequately funded.

The aircraft is currently grounded after two crashes which killed 346 people.

The 737 Max is the company’s fastest selling plane and has earned the company billions of dollars in sales.

Boeing denies the claims and says it’s committed to making the 737 Max one of the safest aircraft ever to fly.

Adam Dickson worked at Boeing for 30 years and led a team of engineers who worked on the 737 Max. He said they were under constant pressure to keep costs down.

“Certainly what I saw was a lack of sufficient resources to do the job in its entirety,” he says.

“The culture was very cost centred, incredibly pressurised. Engineers were given targets to get certain amount of cost out of the aeroplane.”
Mr Dickson said engineers were under pressure to downplay new features on the 737 Max.

He said by classifying them as minor rather than major changes, Boeing would face less scrutiny from the US regulator, the Federal Aviation Administration.