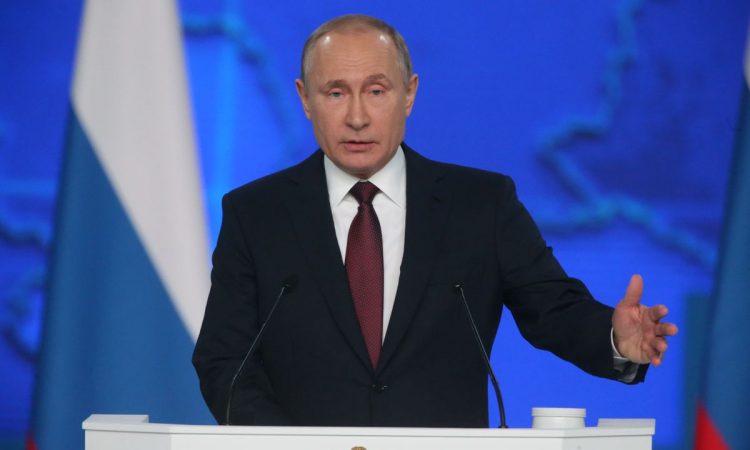 President Vladimir Putin said on Thursday that Moscow was complying with all of the World Anti-Doping Agency’s demands, as Russia faces another possible ban in the build-up to the Tokyo Olympics.

Russia stands to be declared non-compliant by WADA if it fails to explain why evidence of some positive tests handed over by a whistleblower does not show up in data provided by Moscow’s anti-doping laboratory in January.

“We are actively cooperating with WADA. The requirements presented by this organisation are being fully complied with,” Putin told a sports conference in the city of Nizhny Novgorod.

“Our athletes are, above all, concerned with ensuring that any shortcomings relating to anti-doping issues remain in the past and that Russian athletes can compete on an equal footing,” he said.

Last month, WADA gave Moscow a three-week deadline to respond to what it said were “inconsistencies” in the data from 2011-2015, when state-sponsored doping was prevalent.

On Tuesday the agency said it had received a response, which Russian sports minister Pavel Kolobkov insisted addressed “all requirements”.

But Yuri Ganus, head of the Russian Anti-Doping Agency RUSADA, this week lashed out at the country’s sports authorities, accusing them of manipulating data before handing it over to WADA.

“Russian sports authorities…have shocked the whole world once again with manipulations,” he wrote in an open letter published this week on the RUSADA site.

“Sports authorities should think about measures to reduce the impact of the impending new wave of the crisis…but in fact everything is being done the other way round and is clearly extending the crisis for our sport.”

“The changes to the data are so big and significant that it can’t be an accident,” he said.

An anti-doping source who wished to remain anonymous meanwhile told AFP that the WADA teams “have scientific and technical evidence that data has been erased from the databases transmitted” by Moscow.

Russia handed over thousands of files from its Moscow anti-doping laboratory in January, fulfilling a key condition for its reinstatement by WADA last September.

WADA has previously warned that it would take the “most stringent sanctions” if any of the data was found to have been tampered with.

If Russia challenges an eventual suspension by WADA the case will go to the Swiss-based Court of Arbitration for Sport, whose decision will be binding on sports bodies including the International Olympic Committee.

RUSADA had been suspended for nearly three years over revelations of wrongdoing including a systematic conspiracy to switch tainted samples at the 2014 Sochi Winter Olympics.

During its suspension by WADA, Russia was allowed by the International Olympic Committee to take part in the 2016 Rio Olympics, but Russian competitors at the 2018 Pyeongchang Winter Games had to take part under a neutral flag.