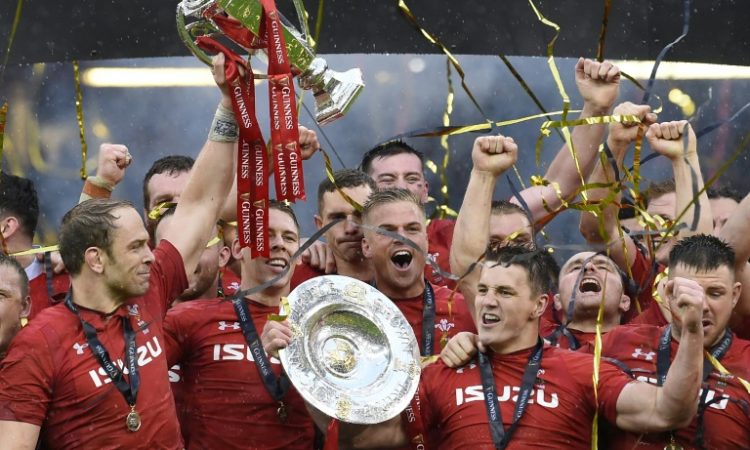 World Rugby chief executive Brett Gosper said Tuesday he had concerns that a reported deal to sell a share of the Six Nations’ commercial arm to Formula One’s former owners CVC for £300 million ($370 million) might be detrimental to players’ welfare.

The Times newspaper reported Tuesday that CVC Capital Partners had agreed in principle to buy a 15 percent share in the commercial operations of the six unions in rugby’s annual northern hemisphere championship — England, Scotland, Ireland, Wales, France and Italy.

The unions have been in talks for almost two years over pooling their commercial interests.

The Six Nations would not confirm the sale to private equity firm CVC had been agreed, saying only it had entered into “an exclusive period of negotiation with an external investor partner”.

It added it believed new investment “is vital for the long-term future of our game”.

CVC, who last December acquired a reported 27 percent stake worth more than £200 million in the English Premiership, had been reported in March to have bid for a 30 percent share for the Six Nations.

According to The Times, CVC would own a share not only of the Six Nations Championship, but also the autumn Tests — when the southern hemisphere powerhouses tour Europe — and summer tours when the likes of England and Ireland go south.

All sides expect the deal to be completed after the November 2 World Cup final in Japan.

Asked about the deal at a Tokyo press conference, Gosper said: “I’d have to say we don’t know enough about the ins and outs of that deal, it’s been shrouded, so we can’t say too much at this stage and we don’t know if it will be good or bad.

“Certainly as big an investor in the sport as a private equity firm like CVC will create influence, and that’s something that in some areas could concern us.”

Gosper added: “The areas concerning you are with a high-funding commercial owner of the sport that isn’t the governing body, then certain calls might be made that aren’t in the interests of growth or perhaps player welfare.

“We want to make sure it’s for the right reasons. Many of our biggest members have welcomed this increased funding, and so we can only recognise it as positive.

“But we just have a couple of watch-outs and concerns and I’m sure we’ll have a chance to discuss those with the Six Nations. So let’s be optimistic.”

According to The Times, CVC are also set to finalise a deal for the Pro14 too, offering £115 million for 27 percent of the tournament that pits Welsh, Scottish, South African, Irish and Italian clubs against each other.

Should the deals be completed it would leave France’s Top 14 as the only major European league to be independent of CVC.

The deal would likely have most impact on TV rights.

For example, the Six Nations is presently free to air in Britain — the BBC and ITV share the matches — but Amazon had been rumoured to be circling earlier in the year when CVC’s interest first became public.

CVC came under fire when running Formula One for prioritising income over television figures with pay-per-view broadcast deals.