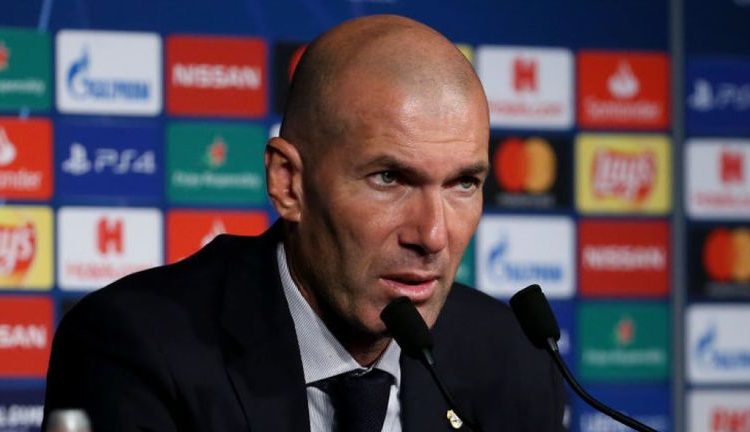 Real Madrid coach Zinedine Zidane could only hold his hands up after his side were outclassed by Paris Saint-Germain in their opening Champions League game of the season on Wednesday, going down 3-0 in the French capital.

“They were superior to us in everything,” Zidane admitted after the match at the Parc des Princes. “In terms of how they played, in midfield, but above all, and what annoys me the most, in terms of intensity.”

Games at this level are often won in the centre of the park and the Madrid trio of Casemiro, Toni Kroos and James Rodriguez could not cope with their opponents, for whom the tireless Idrissa Gueye was outstanding.

Zidane had pinpointed the same issue last weekend after his side almost blew a three-goal lead against Levante in La Liga.

“When I looked to the bench there was nothing else,” he said of his midfield then, but he could and certainly should have seen this coming.

While an injury to Luka Modric has exacerbated the problem, Zidane allowed Dani Ceballos and Marcos Llorente to leave in the summer and did not have an alternative to a failed move to sign Paul Pogba.

The defeat in Paris may ultimately not prevent Real from reaching the last 16, but their performance contrasted sharply with two seasons ago, when they dumped PSG out en route to winning the trophy for the third year running.

Zidane walked away after that success only to be tempted back in March. If it seemed like a huge risk at the time to gamble his legacy, six months on and the France great appears no closer to getting the 13-time European Cup winners back on track.

He did not have to deal with such adversity in his glittering first stint in charge. They have won seven and lost five of 16 games since his return.

On Wednesday, according to renowned Spanish sports statistician Mister Chip, apart from two disallowed goals, Real failed to muster a shot on target for the first time in a decade, a period spanning 578 competitive games.

That was despite the presence of Gareth Bale, Karim Benzema and Eden Hazard up front.

The latter made his first start for the club after injury following his 100 million-euro ($110 million) move from Chelsea but received a rating of two out of 10 from French sports daily L’Equipe.

“To not create chances with the players we had on the field, it is a bit of a strange feeling but that is how it is,” Zidane said.

Writing in Spanish sports daily As, Alfredo Relano remarked “Madrid are not in good shape, others know it and their opponents no longer crouch down before them out of respect for their prestige.”

Of course they were not helped by the absences of the injured Marcelo and the suspended Sergio Ramos from their defence on Wednesday.

There is still much work for Zidane to do, however, with what is meant to be a new-look Real — centre-back Eder Militao and left-back Ferland Mendy were the other summer signings to start in Paris.

But he needs to find solutions quickly, with Real facing a tough test on Sunday as they travel to face a Sevilla side who are top of La Liga after four games, two points above Zidane’s team.