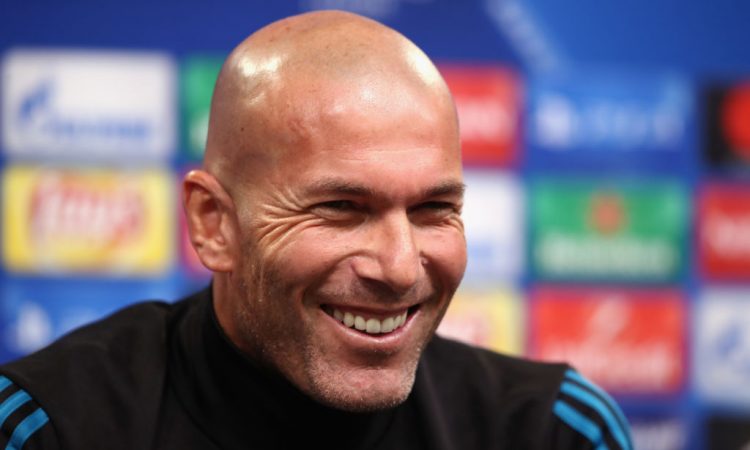 Zinedine Zidane insists his relationship with Real Madrid president Florentino Perez is strong and he is happy with his squad ahead of the transfer window closing on Monday.

Madrid have spent around 300 million euros this summer but Zidane has not selected a single new signing in his first starting line-ups for the first two games of the season.

Zidane hoped the club would sign Paul Pogba, but Manchester United would not sell, and sell Gareth Bale, but the Welshman remains determined to see out his contract, which expires in 2022.

“The decisions that are up to me are on the pitch,” said Zidane in a press conference on Saturday, ahead of Sunday’s league game away at Villarreal.

“My relationship with Florentino Perez has always been very good, he will always be the president that brought me here and I will never forget that.

“Sometimes it is better to clarify things and I say the relationship is good, I don’t care what anyone says. The important thing is my day-to-day work and that I have the chance to coach this great team.”

Madrid have brought in Eden Hazard from Chelsea but the Belgian has a thigh injury and will not return until after the international break. Hazard began training alone on Friday.

“Until Monday at midnight, everything can happen, one surprise, two surprises, but the match is tomorrow,” Zidane said.

“I am proud of the players I have, for me they are the best players. Even when you say you want to make some changes, the important thing is when the season starts, you are happy and I am happy.

“I cannot complain about the squad that I have. If I complain, I can change jobs.”

Keylor Navas has fallen behind Thibaut Courtois in the race to be Madrid’s first-choice goalkeeper and is expected to join PSG.

“It could happen,” Zidane said. “Keylor will be with us for the game against Villarreal and until the window closes, anything can happen.”

Madrid started the season with an encouraging away win at Celta Vigo but were held to a draw at home to Real Valladolid last weekend.