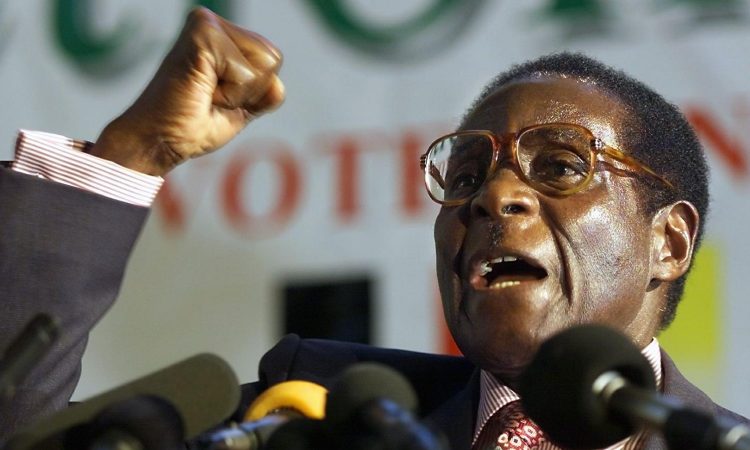 First heralded as a liberator who rid the former British colony Rhodesia of white minority rule, Mugabe used repression and fear to govern until he was finally ousted by his previously loyal generals in November 2017.

The country’s former colonial ruler Britain expressed its condolences but said there were “mixed emotions” after Mugabe’s death.

Mugabe died at 0240 GMT in Singapore, where he had been hospitalised in April, a Zimbabwean diplomat in South Africa told AFP, speaking on condition of anonymity.

The Singaporean foreign ministry confirmed that Mugabe had died at Gleneagles Hospital.

“The Ministry is working with the Embassy of Zimbabwe in Singapore on the arrangements for the late Mr Mugabe’s body to be flown back to Zimbabwe,” it said in a statement.

Mugabe had been battling ill health, and after his humiliating fall from office, his stamina seeped away rapidly.

“Mugabe was an icon of liberation, a pan-Africanist who dedicated his life to the emancipation and empowerment of his people. His contribution to the history of our nation and continent will never be forgotten,” President Emmerson Mnangagwa tweeted after announcing the news.

Opposition party leader Nelson Chamisa said that despite “great political differences” with Mugabe’s regime, he recognised the “contribution made during his lifetime as a nation’s founding President.”

South African President Cyril Ramaphosa remembered Mugabe as a “liberation fighter” and a “champion of Africa’s cause against colonialism”.

Kenyan leader Uhuru Kenyatta hailed Mugabe as an “elder statesman, a freedom fighter and a Pan-Africanist who played a major role in shaping the interests of the African continent”.

The Mugabe years are widely remembered for his crushing of political dissent and policies that ruined the economy.

The former political prisoner turned guerrilla leader swept to power in 1980 elections after a growing insurgency and economic sanctions forced the Rhodesian government to the negotiating table.

In office, he initially won international plaudits for his declared policy of racial reconciliation and for extending improved education and health services to the black majority.