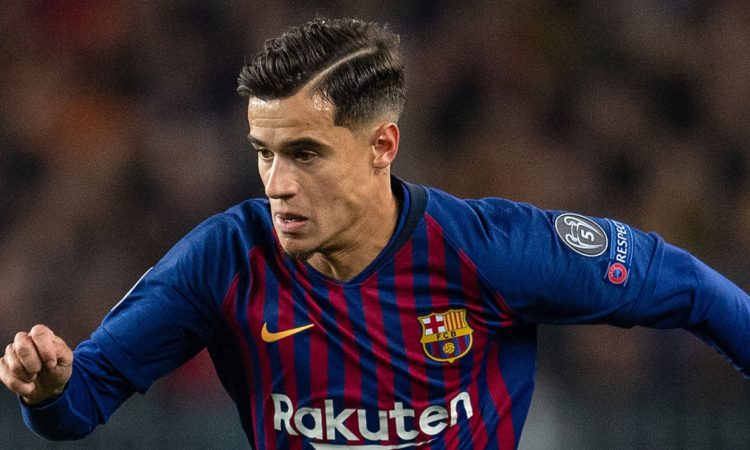 Barcelona’s Philippe Coutinho has joined Bayern Munich on a one-year loan worth 8.5 million euros ($9.5 million) with an option to buy, the Spanish club confirmed Monday.

“The agreement provides for an option for Bayern to buy at a 120-million-euro fee,” Barcelona said.

But the international midfielder’s stint at Barcelona never worked out as hoped despite huge excitement around his arrival at the Camp Nou.

Initially tried in midfield where he plays for Brazil, Coutinho was pushed into the front three by Ernesto Valverde last season but the switch never paid off and fans rarely glimpsed the form he showed at Liverpool.

Speculation about his future had shadowed Coutinho over the summer with French champions Paris Saint-Germain mentioned as a likely destination in a deal linked to a potential Neymar return to Barcelona.

Coutinho’s place in the side looked shaky following the arrival of French World Cup winner Antoine Griezmann from Atletico in July and he was left out of the squad for the first game of the new La Liga season on Friday, a 1-0 loss to Athletic Bilbao.

The player, who has scored 21 goals in 75 games for Barca in all competitions despite being unsettled, said he was delighted with the move to Germany.

“For me, this move means a new challenge in a new country with one of the best clubs in Europe,” Coutinho said on Bayern’s website.

“I’m very much looking forward to that. Like FC Bayern, I have big ambitions and I’m convinced that I can achieve them together with my new teammates.”

The German club hope he will provide reinforcement in attack following the departure of veteran duo Arjen Robben and Franck Ribery at the end of last season.

“With his creativity and outstanding skills, Philippe is a player who will immediately strengthen our attack,” Bayern CEO Karl-Heinz Rummenigge said.